Yesterday, we traveled to your future. To the life you dream about. We helped you visualize your future and challenged you to perform this visualization exercise every day for the next month.

Today, we’ll look at the single biggest barrier to your success. You may surprised to hear this.

The one big thing that stands between most people and success is fear.
We’re taught that fear is a good thing. And it can be. But it also can be counterproductive. One fear, in particular, keeps most people from achieving their dreams.

The most dangerous fear of all is the fear of failure.
This fear keeps more people from starting toward their dream, let alone actually accomplishing it, than anything else. As we mature, we get more self-conscious. We’re afraid we’ll be embarrassed. Afraid to be different. Afraid of being made fun of.

Plan to fail forward.
Successful people look at failure as an opportunity to learn. So the faster you fail, the faster you learn. Fail often enough and you have a leg up on all of those people who fear failure. Isn’t that most people?

Successful people are driven by the fear of not trying.
We got this idea from a great little book called I Can’t Accept Not Trying by Michael Jordan, the great basketball player. It’s a quick read that we highly recommend.

Have you ever been so fed up with something that you just had to do something about it? Of course, you have. All of us have!

W. Clement Stone, in his book The Success System That Never Fails, referred to this feeling as “inspirational dissatisfaction”. You can overcome your fear of failure by cultivating this fear of not trying. When you just can’t stand it any more. You have to find out if you can do it.

People who go for it reach a point where their fear of not trying exceeds their fear of failure. So they go for it. Some succeed beyond their wildest imaginations. Others fail forward. So they try again.

Our quote today is by Winston Churchill.

Overcome your fears by living your dreams. What can you lose by trying?

Next time, we’ll tell the story on storytelling. How and why to tell a story well. 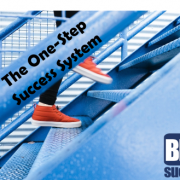 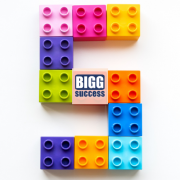 Ben Franklin Got It Wrong 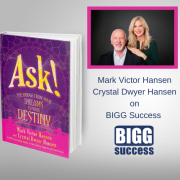 How to Pivot Your Life Direction

The Art Of Seeing Opportunity In Adversity

The Story On Storytelling
Scroll to top