Recently, the Better Business Bureau released the results their first Trust in Business Index. They found that trust in business is down and cite contributing factors such as:

Trust is built as we make more deposits. Relationships are built on trust. According to BBB, the single biggest factor in earning customer trust is honesty, closely followed by dependability.

Today, we’ll look at three things that you can do to increase your customers’ trust.

Unfortunately, we usually see the opposite. In most cases, the intentions are good. However, good intentions don’t build relationships. Good actions do. One of the keys here is to manage expectations to make sure you don’t over commit.

On the show, George talked about a customer who wanted him to commit to something he didn’t he could do. After much prodding, he told the customer that he could lie to her now, and make her happy. But she would probably be disappointed later.

Or she could accept what he’s saying, and be happy when he was able to do it. He asked which one she preferred. She understood.

Tell me now and it’s an explanation. Tell me later and it’s an excuse. Customers accept explanations; nobody likes excuses. Once you have set the proper expectations, you can work to exceed them. That’s where it gets fun!

This is closely related to the first point, but it’s so important that we thought it deserved to be separate. Say what you’ll do, and then do what you say. We’re all so busy these days; it’s easy to make promises that we don’t keep. Don’t be one of those people! Follow-through.

Develop a personal system that tracks your promises so you rarely “drop the ball”.

During the show, George talked a friend who’s in sales. When he called prospects, they often told him to call back some time later. He developed a system to notify him when he should call them back. Then he called them!

George liked this idea. He started testing sales people by agreeing to a follow-up date. A very small percentage actually did it! If someone won’t live up to their promises before they sell you something, how do you think they’ll do afterwards?

On the show, Mary-Lynn talked about her sister, who recently saw some fraudulent activity on her credit card. When she called the credit card company, they tried to sell her another credit card and additional services on her current credit card.

She explained that she didn’t care about that right now; she was stressed out that someone was using her credit card. The service representative just kept pitching her on other services.

It’s hard to understand why anyone would design a process that way. If someone comes to you with a need, you won’t get anywhere until that need is addressed.

Going back to the survey, we talked about honesty and dependability, which finished first and second in building trust. In case you’re wondering, here are the next three:

There’s one more thing that we found interesting from this survey:

67% of the respondents would rather patronize a small business than a large one.

That’s good news for all you small business owners. You have an edge – consumers trust you more! And now may be a good time to start that business you’ve been dreaming about. Check out 117 10 Signs That You’re Ready To Quit Your Job And Start A Business].

Our Bigg Quote today comes from Ray Kroc, the founder of McDonald’s.

“If you work just for money, you’ll never make it, but if you love what you’re doing and you always put the customer first, success will be yours.”

Remember that your customers will last if they feel like you put them first. Your honesty and dependability leads to their loyalty.

Next time, we’ll talk about the marshmallow test. Can you resist sweet temptations? Until then, here’s to your bigg success!

10 Signs You Do NOT Need a Coach 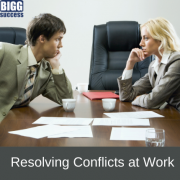 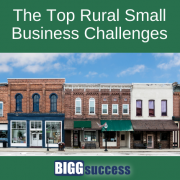 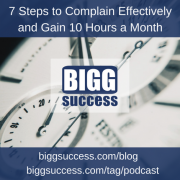 7 Steps to Complain Effectively (and Gain 10 Hours a Month) 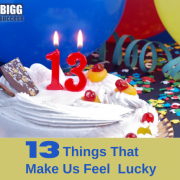 13 Things That Make Us Feel Lucky

The Marshmallow Test
Scroll to top