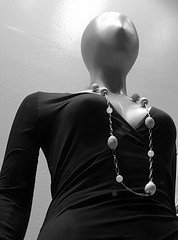 As time has progressed, we humans have moved from small, close-knit communities to large metropolitan areas. Now, we’re becoming a global village, thanks in large part to the internet.

He explains the turmoil that many of us are facing as we move to competition that is faceless. We now compete with someone behind a computer in another part of the world instead of the person down the street. Since we can’t see our competition, it is harder to view them as real. But they are!

Here are the personality traits that will fare well with these faceless competitors:

Methodical planners
These people view their work as a game. They plan their strategies like a world champion chess player. They are self-motivated because they focus on their end game. They are not necessarily that competitive; they’re in it for the psychic rewards.

Early adopters
We all know them … perhaps you’re one of them. People who have to be first. First in line. First to try a new product. First to test a new idea. They are thought leaders. Influencers. Innovators. They create an advantage for themselves by being first. They are highly creative people who worry more about their own activities than their competitors.

Introverts
This faceless competition plays well for those who aren’t “people-persons”. They will thrive in this new environment where you’re only visible through your computer.

Self-managers
People who can reinvent themselves by interpreting market signals and opportunities will also do well in the coming years. They’ll spot trends and get in before the crowd.

We live in an increasingly competitive world. Match your strengths to this list and then decide on your strategy to face off against the new faceless competition. The opportunities are greater than they ever have been. Imagine that!

Step 4-Find Abundance in a World of Scarcity 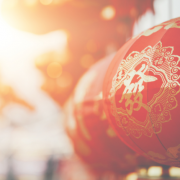 Solve All Of Your Problems With This Ancient Chinese Secret

A Crucial Part of Your Personal Brand

A Day at the Lake

The Respect Reward: Letting Your People Know They Matter Matters

Dealing With The Loss Of A Job
Scroll to top