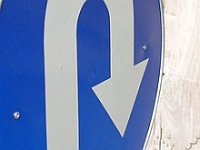 Take a Wrong Turn to Find Your Purpose in Life

From Twitter to Star Trek – Out of this World Communication

What You Can Learn From Jugglers

CYA: Does It Pay?

It's Nice To Be Nice… And A Little Bit Naughty!

Forget About New Year Resolutions to Be a Success

Review: Fire Them Up

Facing Off Against Faceless Competitors
Scroll to top