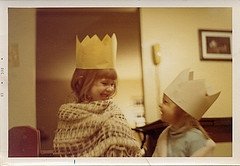 Your Company and Your Boss are Wrong About You

Stop Giving 110 Percent to Be a Success