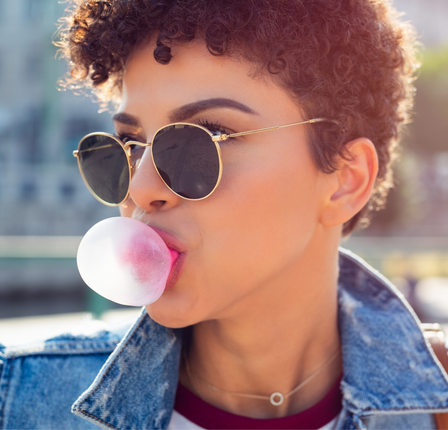 Do you think it’s easy or hard to walk and chew gum at the same time? Maybe that particular task isn’t hard to do simultaneously, but we are all multitasking more than ever today. What impact does that have on our productivity? We look into that further in this podcast episode.

A study at UCLA on multi-tasking asked participants to sort index cards with various shapes on them. The researchers divided the participants into two groups:

The researchers found that the two groups sorted equally well. However, the first group remembered what they sorted better than the second group.

So, something suffers when we multi-task. Doesn’t common sense tell us the same thing?

So why do we all try to do so many things at once?
There are many reasons – because we think we can, we get distracted, we’re bored, maybe we’re really just procrastinating, or perhaps we think it’s a competitive advantage.

The problem is … it’s not productive, because we want to be effective AND efficient.

Multi-tasking can be costly
Researchers at the University of Michigan found that, even with the simplest of tasks, it takes time to mentally switch from one to the other. It may only take a second for your brain to catch up, which doesn’t sound like much. But how many times do we do this in a day? And that’s for the simplest of tasks – more complex tasks can take up to a minute!

Not to mention that, multi-tasking requires us to FOCUS on concentrating rather than ACTUALLY concentrating. It also boosts stress hormones in our brain. So, in the short run, we get less done. In the long run, it’s bad for us.

So are these studies saying that we should NEVER multi-task?

You’ll be happy to know that you can walk and chew gum at the same time, because you’re performing two tasks that have become automatic. You don’t have to think about it anymore!

Many people may argue that checking their e-mail or text messages has become second nature.

But there’s a bigg difference – there’s a second human being in the equation. For the communication to be effective, you have to understand what they said, and what they left unsaid. Then, and only then, can you convey an effective return message.

In other words, you have to THINK!

3 tips to break the addiction

Our BIGG quote today is actually a definition. No one claims it, perhaps for a reason ….

So make sure you stay focused so you only screw up one thing at a time!

Next time, we’ll share an ancient Chinese secret to solve all of your problems. You’ll be amazed at how simple it is! Until then, here’s to your BIGG success!

615 Tips to Manage Your Business Better

Moving On to Move Up

Be Dashing While Dining

These 5 Factors Make You a Bigg Dog

Don’t Put Off Taking This Test