If you can’t say anything else about Stuart Skorman, you’d have to say he’s led an interesting life. But there’s so much more to say!

Now, this hippie-turned-entrepreneur has written a book with help from Catherine Guthrie called Confessions of a Serial Entrepreneur: Why I Can’t Stop Starting Over.

Like the man it chronicles, the book covers a variety of topics in an informative and entertaining way. This book could be called a memoir, but could also easily be considered a primer on entrepreneurship.

It’s a fantastic read, whether you’re an aspiring entrepreneur or general adventurer.

Living matters
Throughout the book, Skorman recounts the lessons he’s learned in business and in life. Lessons learned in an unconventional way by an avant-garde man. For example, you’ll see why he thinks managing a rock-and-roll band was better for him than business school.

You’ll ride along side him on his cross-country bicycle tour, where he discovered his calling – to be an entrepreneur. You’ll sit at the table as he plays poker professionally for two years.

He tried to rescue his father’s chain of discount stores, but wasn’t able to.

He took a small video store and built Empire Video, a regional chain.

He rode the wave of the dot-com boom, creating Reel.com in 1997 and selling it three years later for $100 million.

With his newfound money, his entrepreneurial fervor really kicked in. He started an organic supermarket called Bread & Circuses and sold it to Whole Foods.

He lost $10 million on Hungryminds.com, an online learning site.

Perhaps his biggest misadventure was Elephant Pharmacy. He envisioned a drugstore that sold botanical cosmetics, organic food, as well as medicine – both the traditional and alternative. He got in over his head and lost much of his fortune.

Hang on for the ride
That’s why we love this book. Most people only want to talk about their successes. Skorman puts it all out there – and there are often better lessons in the failures.

From the book, you get a complete picture of the roller coaster ride entrepreneurs enjoy. You’ll gain insight into both the joys and the challenges of starting a business. He freely admits he is more artist than businessman. You see the world through the eyes of an extreme marketer.

We highly recommend this book to anyone who wants to understand what being an entrepreneur is all about.

Listen to today's 5-minute lesson and laugh on Bigg Success. 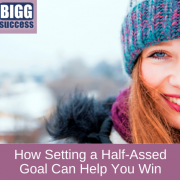 How Setting a Half-Assed Goal Can Help You Win 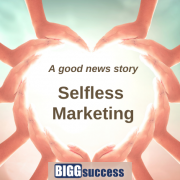 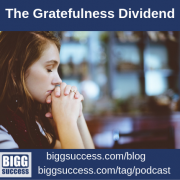 How Do You Define Professional
Scroll to top