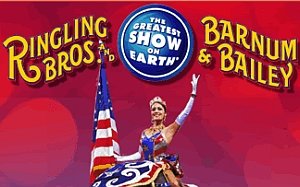 Starting up, did you know …

… P.T. Barnum owned four businesses at once – a general store, a book auction company, a real estate firm, and a lottery network – when he was still in his early twenties?

… he became active in politics to preserve his most lucrative business – the lottery network?

… he started a newspaper to fight church elders, his main foe in preserving the lottery business?

… he wound up in jail for two months because of his libelous editorials?

… that more restrictive gambling laws put him out of business when he was 24?

Starting over, did you know …

… he started as a showman by paying $1,000 for Joice Heth, a blind and almost completely paralyzed slave woman, who he promoted as the oldest woman in the world?

… he claimed she was 161-years old and had been George Washington’s nurse?

…. he made $1,500 per week traveling with her until she passed away the next year, when it was learned she was not more than eighty?

… the 26-year old Barnum struggled for the next three years, as the country went through a depression?

Starting over again, did you know …

… he placed flags all along the building to attract attention by day and a huge lighthouse lamp to light the sky at night – forms of promotion still used today?

… he introduced his first major hoax, the “Feejee mermaid”, a year later when he was 32-years old?

… a year later, he introduced Tom Thumb, to the public?

… he met Queen Victoria, along with Tom Thumb?

Changing culture, did you know …

… he introduced Jenny Lind, “The Swedish Nightingale”, to the American public?

… he risked his entire fortune to do this, using his museum and his mansion as collateral for the loan, even though he had never heard her sing, but he knew Queen Victoria loved her?

… he recouped his investment four times over on her first of 95 performances?

… he is widely credited with turning theaters from destinations of ill repute to places for respectable, family entertainment?

.. he introduced the concept of the afternoon matinee?

Losing it all again, did you know …

… when he was in his forties, he invested in a real estate business that went belly-up?

… his staunchest critics, including Ralph Waldo Emerson, hailed it as divine providence and said his magic would never return?

… his closest friends, including Tom Thumb offered him the help that he desperately needed?

… it took him four years to recover from this devastating blow?

… in the end, he was able to buy back the museum, build a new mansion to live in, and achieve greater success than ever?

The Greatest Show on Earth, did you know …

… he was 60 years old before getting started in the business for which he is most famous?

… he is believed to be the first circus owner to use a train for transport?

… merged with James Bailey’s circus when he was 71-years old?

… they split when he was 75-years old and then got back together when he was 78, creating the famous circus we know today?

… he learned much of what he knew about the circus business from men young enough to be his sons?

Making an impact, did you know …

… he wrote his autobiography at the age of 44, sixteen years before entering the circus business?

… that at the end of the nineteenth century, the only book with more copies in print than his book was The New Testament?

… that he is the source of many words and phrases commonly used today – “jumbo”, “Siamese twins”, “rain or shine”, “throw your hat in the ring”, “let’s get the show on the road”?

… that he never actually said the phrase for which he is most famous, “there’s a sucker born every minute”?

… LIFE named him one of the 100 most important people of the second millennium?

Finishing strong, did you know …

… while he felt it was okay to exaggerate the truth when promoting as long as the customer received a good value, he loudly fought against outright rip-offs?

… he became a legislator and fervently campaigned against slavery?

… he adamantly spoke out in favor of temperance and against prostitution, coming down on the side of the same clergy he had vehemently fought against earlier?

… several weeks BEFORE he died, The New York Sun published his obituary, because he had chided them for not saying anything good about anyone who was still alive?

… with his last spoken words, he purportedly asked Bailey about the prior night’s receipts

The Life Of P.T. Barnum, Written By Himself

The Problem with B2B and B2C Marketing and Sales

The Link Between Entrepreneurship and Human Rights

Cash Used to be King

How to Get the Recognition You Deserve

Ask Yourself This Before You Say “Yes”

Reject This Fear And Succeed
Scroll to top