In Annie Get Your Gun, Annie Oakley and Frank Butler show their competitive sides as they sing the now well-known song Anything You Can Do, I Can Do Better.

With all due respect to Irving Berlin, the great writer of this song, we’re putting our own twist on it … anything I can do, you can do better!

A blooming mistake
Jim McCann was a social worker. He got a part-time job in a flower shop to make ends meet. A few years later, he started his own flower business. He made some money, but not that much. So he opened another shop. And then another.

Over ten years, he ended up with fourteen flower shops. One morning, he was listening to the radio as he got ready for work. He had a fresh idea – a nationwide flower service.

He found a bankrupt company which had stopped doing business several years earlier. Its only asset was a toll-free phone number – 1-800-FLOWERS. Now this was before the internet when ordering via telephone was huge.

He really wanted this phone number. So he agreed to buy the company and assume the debt. He figured their liabilities had to be pretty insignificant, since they hadn’t done any business for years.

After buying the company, he found out how wrong he was. It turned out they were $7 million in debt. His friends advised him to declare bankruptcy, but he pressed on. It took about five years to pay off the debt, but he did. And last year his little business sold over $750 million of flowers!

Learn from Your (and Our) Mistakes
So Jim McCann learned a valuable lesson about due diligence. But anyone who wants to buy a business can learn this lesson without having to go through a similar experience.

Shared Success
With information so prevalent today, there’s another way our title applies. In many cases, it doesn’t make sense to hoard information, you’re better off sharing it.

The final step of mastering any craft is the desire and ability to mentor others. And an interesting thing happens as you do that … the people you’re mentoring may, at some point, start doing better than you.

Anything we can do, we can do better! You both help each other grow.

Our bigg quote today is by the great Will Rogers, who said,

“A man only learns in two ways, one by reading,
and the other by association with smarter people.”

It’s the smart thing to do!

It’s Safest To Stick To What You Know 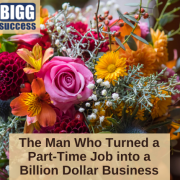 Make It a Double

6 Factors to Help You Succeed When Opportunity Knocks 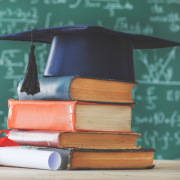 How to Form Better Opinions and Make Better Decisions