There’s an old saying, “I’m so poor that I can’t even pay attention.”

I’m so poor because I don’t pay attention.

There are a lot of things competing for our eyes and ears. It’s important to focus on the right things to succeed bigg.

#1 – Pay attention to your finances
You’re the CEO (and the CFO) of the most important organization in the world – You, Inc. If you’re in a relationship, your significant other may take care of the financial duties. But the point is, just like any other successful organization, you want to make sure you have more income than expenses.

A lot of people don’t pay attention to their finances until there’s a problem – too much month and not enough money! Then it’s a much more difficult situation than if you pay attention all along.

#2 – Pay attention to what needs to be done
A lot of people spend a lot of time paying attention to what they want to do. Bigg goal-getters focus on those things that will advance them toward their dream life.

It’s easy to get sidetracked. Many people seem to have a sort of attention-deficit disorder when it comes to focusing on their goals. They keep bouncing from one idea to another, but never make any real progress on anything.

People who succeed bigg, zero in on what’s important. What needs to be done to get one step closer to your ultimate goal?

#3 – Pay attention to people
On the show, George said that there have been a number of times that he had a problem for which he couldn’t find a solution. Then, in a short conversation with someone, they helped him arrive at an answer.

You can learn a lot from people. Listening to others is important for several reasons:

#4 – Pay attention to yourself
This is probably the most important one. It’s vital that you keep yourself energized and inspired. George said that as a business owner, time is always so precious. At times, he would let days, even weeks, would go by without replenishing his spirit. He found that he needed to read or listen to things that kept the cobwebs out of his head and inspired him to keep pushing.

That’s one of the reasons we started Bigg Success … five minutes or so every day to get your mojo going! So pay attention to yourself by stopping by Bigg Success every day!

“An expert is someone who has succeeded in making decisions and
judgments simpler through knowing what to pay attention to and what to ignore.”

It pays to pay attention to the things that pay off.

What have you found pays to pay attention to? What doesn’t pay? Share your thoughts! 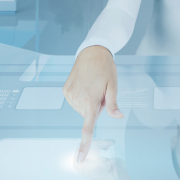 Help! I Need Somebody!

Your Company and Your Boss are Wrong About You 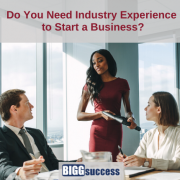 Do You Need Industry Experience to Start a Business?