Dick Hoyt’s son, Rick, was born with cerebral palsy. Due to some complications at birth, the doctors told Dick that Rick would never talk or walk. That day, Dick found his passion – to make life for Rick as normal as possible.

That wasn’t enough for this dynamic duo!

They moved on to marathons – that’s over 26 miles! Then triathlons. Finally, they signed on for the Iron Man competition.

And Team Hoyt is a tough competitor! 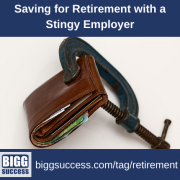 Saving for Retirement with a Stingy Employer

Email: The Best Way to Grow Your Business

Step 2-Find Abundance in a World of Scarcity 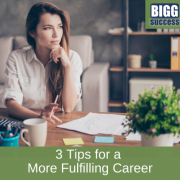