A bigg salute to Josh Whitford, who writes the Unconventional Marketing blog, for inspiring today’s post.

Josh read the The 4-Hour Workweek, written by Tim Ferriss, and decided to accept the challenge to contact a famous person. Josh chose Warren Buffett.

He wrote a letter to Buffett asking him for “his single piece of wisdom” and sent it along with a self-addressed, stamped postcard. To Josh’s surprise, the Oracle of Omaha responded a couple of weeks later. Buffett simply said,

A typical Buffett answer – short and to the point!

It’s interesting advice because a poll by the Associated Press – Ipsos showed that one in four Americans hasn’t read a single book in the last year. At least, that’s how the news reported it – we look at that and see that three out of four Americans did read a book last year!

In fact, the last Gallup poll that we saw on this subject showed that over half of all Americans have read more than 5 books in the last year!

Read, read, read … for the sake of your career (and finances)

We hear about the “haves” and the “have nots”. A study by the National Endowment for the Arts [pdf] showed the impact of reading on a person’s well-being – reading less leads to lower reading proficiency which leads to fewer (and lower quality) career opportunities.

"When I was young … okay I’d like to think I’m still young … so when I was younger, I used to just read non-fiction, and specifically books on business and investing. Then I took a literature class with a phenomenal professor – a short-story class. It made me use my imagination in a way I didn’t do when I just read books that I thought were more practical."

And as Albert Einstein said, “Imagination is more important than intelligence.”

What’s nice about reading, rather than watching, is that you are the director. You create a vision of the story – the characters, the setting.

"Just think about how many times you’ve read a book that gets turned into a movie. So you get all excited and go see the movie … and it’s not as good as the book! For me, a great example is Stephen King’s book, It. I scared myself more reading that book than watching the movie!"

It’s much more interactive mentally and the skills carry over to your professional life.

A simple commitment to reading that’s worked better than a college degree
We have a friend who worked his way up in a small business. In fact, he ended up buying the business from the owner. After he bought it, he wished he would have gotten a college degree. But he didn’t have the time – he had a business to run!

So he made a commitment to himself – to read one business book every week. He reads the best sellers and he talks to friends for recommendations. He has that done for years now. He knows more about business than just about anybody we know.

Do-it-yourself knowledge … that’s what Warren Buffett is talking about.

What are you reading?

When A Co-Worker Bad Mouths You 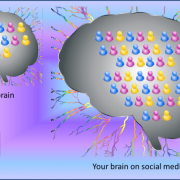