There’s a rising call for developed countries to track happiness, rather than just income and wealth. Economists say that the goal of a “rational actor” is to maximize his or her “utility” – their fancy term for happiness – over the course of his or her life. Perhaps governments are trying to catch up with the economists!

Leicester University in England has tracked happiness for the past 30 years. Consistently, Denmark – not Disneyland – has topped their list as the happiest place on earth.

We wondered why … why are the people in Denmark so darn happy?

Is it the weather?

Average temperatures in Copenhagen are about 68 degrees in the summer and around zero in the winter. We don’t know about you, but that’s not our idea of great weather!

Is it the taxes?

Is it their lifestyle or their habits?

Danes are some the heaviest drinkers and smokers in the world?

Is it their diet?

One of the staples of the Danish diet is herring – this is a country that eats a lot of herring!

So it can’t be the diet, because … maybe it’s just my personal taste, but ick!

Now there a lot of theories about what makes the Danes so happy. One of my theories is that they drink so much, they don’t remember whether they’re happy or not!

Seriously, theories are fine, but we thought we should look at what the research shows is driving this happiness.

Professor Kaare Christensen at the University of Southern Denmark found that Danes have low expectations. Because of this culture of expecting less, the people are happy when good things happen.

Tal Ben-Shahar, who teaches the most popular class at Harvard University, found that the single most significant predictor of happiness is close relationships with friends and family. We found it interesting that 92 percent of Danes belong to some sort of social club.

Maybe that’s why social media has become so bigg! What do you think?

University of Leicester Produces the first ever World Map of Happiness

Why Danes are smug: comparative study of life satisfaction in the European Union

Denmark: The Happiest Place on Earth

The REAL Happiest Place on Earth

And The Happiest Place On Earth Is…

The Art of Delivering Value 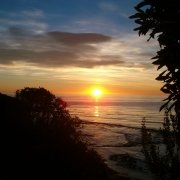 When Will You Be a Success?

What Won’t You Trade to Be a Success?

The Essence of Personal Finance in Two Sentences

I Need Money! Should I Cash Out My Retirement Plan?
Scroll to top