Here in the United States, it’s convention time with the Republican National Convention winding down tonight as John McCain strives to land the biggest job in the world.

Whenever any of us goes for a job, it pays to think about our strengths. What makes us unique? What sets us apart?

Last week, we talked about what a donkey could say in an interview to stand apart. This week, we’ll do the same for an elephant. So we showed our fictional elephant how to hold his trunk so it looked like a tie, and sent him off for an interview. Of course, we gave him a healthy breakfast of grass before he left!

Our elephant stressed that he has an excellent memory. He will help you remember important things about your key clients. He can also recall facts that may not have been documented.

Our elephant emphasized that he was as strong as any creature you’ll ever find. He can shoulder weights that you would never dream of on your own. Elephants have been used to transport goods all over the world. So our elephant stressed that your work will be much easier if you hire him.

If you remember, our fictional donkey also stressed how strong he was. We found this intriguing – two animals both emphasizing the same strength. It’s interesting, though, that they’re still different. There are situations where you would use a donkey, but not an elephant and vice versa. So don’t just think about your strengths – think about the nuances of your strengths and how a potential employer might find them useful.

Comedian Jake Novak, of Jake’s Comedy Corner, called in for today’s show. He’s thought about some common interview questions that might be good for the Presidential candidates. Last week, he had some questions for Barack Obama. This week, we’ll share questions for John McCain.

Question #1: Where do you see yourself in five years?
Please don’t say the Shady Pines Nursing Home, because that’s where I want to put my parents and there’s not enough room as it is! So try a different nursing home.

Question #2: Are you willing to travel for this job?
Because you know, Senator McCain, you tend to get cranky when you have to sit on the plane for more than fifteen minutes at a time!

Question #3: Describe your employment history.
And I’d like you to leave out all of the stuff before the invention of metal tools!

Question #4: What can you do for us that other candidates can’t?
Because the last time I checked, the Senate has 115 Republican white guys who want to be President! You’re not really that unique in that way!

Question #5: What will you do when you get this position?
I’m just hoping you won’t go on Jay Leno again, because that’s really not doing right by the American people. “Executive privilege” means you don’t have to appear on other people’s TV shows.

Our main question comes before the job interview … when John McCain filled out the application for the job of President, what did he put down for his address?

Next time, we ask if it pays to be honest with your employees even in tough times. Until then, here’s to your bigg success!

The Low Cost of Personal Freedom 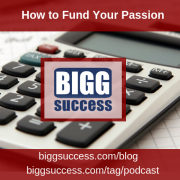 How to Fund Your Passion

You and Only You
Scroll to top