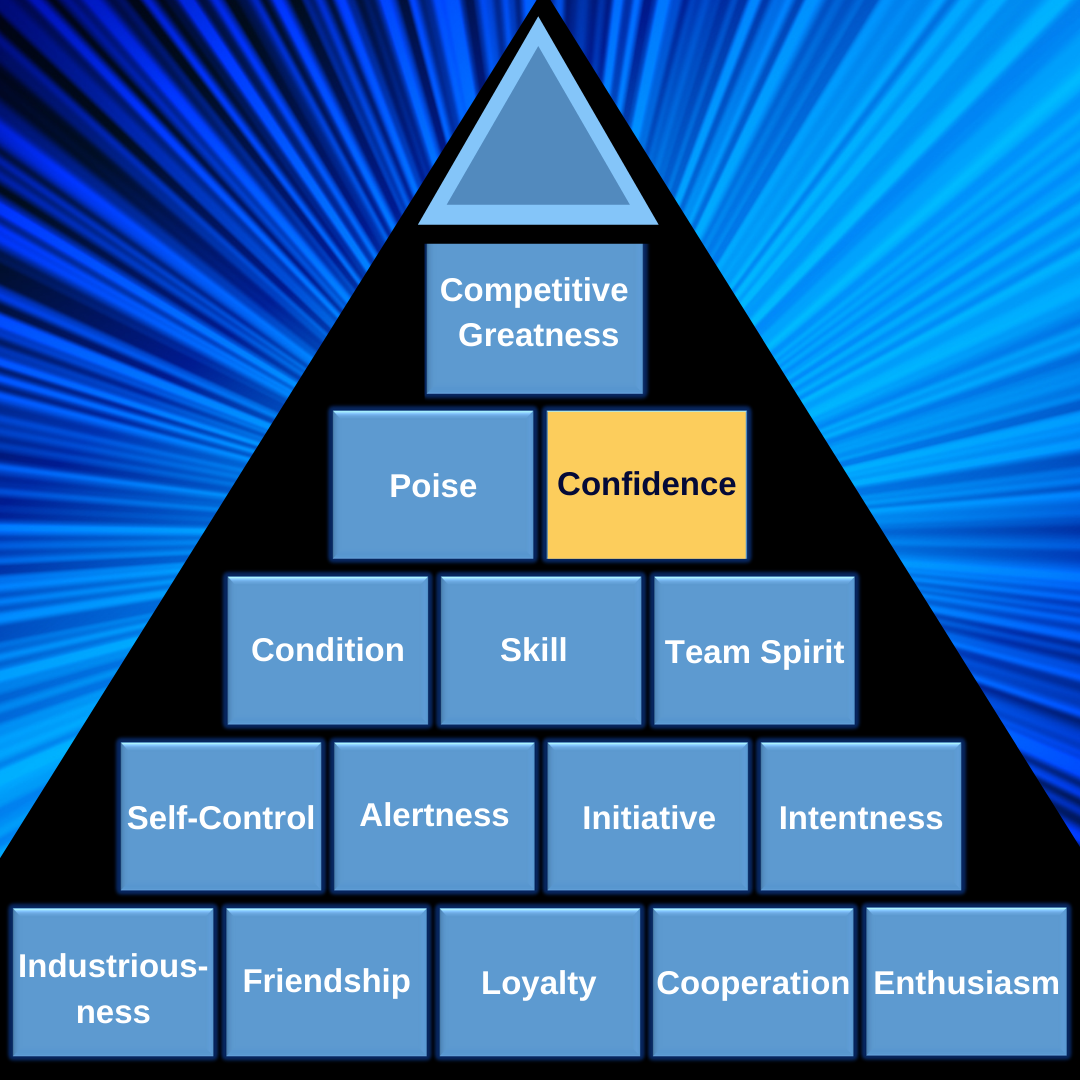 We count ourselves among the many people who believe that John Wooden was the best coach in the history of college basketball. But his contributions go far beyond the court. He developed an incredible tool called the Pyramid of Success that will help you succeed in any endeavor you choose.

We’ve completed our discussion of three rows of his Pyramid. Industriousness, Friendship, Loyalty, Cooperation, and Enthusiasm form the foundation. The second row consists of Self-control, Alertness, Initiative, and Intentness. The third row, which sits right in the middle of the Pyramid, includes Condition, Skill and Team Spirit.

We’ve also looked at one of the two blocks that form that fourth row – Poise. This fourth row is also the second row from the top, right below the apex of the Pyramid. This week, we’ll look at the block that makes up the other half of this row.

Wooden points out that, if you don’t have all three blocks in the middle row of the Pyramid – Condition, Skill and Team Spirit – in place, you’ll never have Confidence. Confidence and Poise are closely related, but Wooden felt the need to include both in his Pyramid.

When we’re confident, we respect the task at hand but we don’t fear it. We know we’re prepared. That’s why the three blocks in the middle row – Condition, Skill, and Team Spirit – are so vital. We know the fundamentals of our craft. Even beyond that, we know that we know them. That’s not a subtle difference!

There’s a fine line between confidence and cockiness. Peak performers get right up to the line, but they don’t cross over it. We don’t strive to be cocky, but it can happen over time. We have to guard against it by keeping all of the other success building blocks in mind.

Explore all of the success building blocks

The Deal of Your Lifetime

Plant the Seed This Spring for Your Bigg Success

5 Myths About the Rich That Will Keep You Poor