Warren Buffett, the richest man in the world according to Forbes, may well be the greatest investor of all time. Not surprisingly, he recently made a sizeable investment in Goldman Sachs, one of the firms who had been battered by the recent crisis on Wall Street.

So what does Buffett know? Why is he willing to invest now in the midst of all this financial turmoil?

Benjamin Graham, Warren Buffett’s college professor and mentor said, “An investor’s worst enemy is not the stock market, but oneself.”

“The most common cause of low prices is pessimism – sometimes pervasive, sometimes specific to a company or an industry. We want to do business in such an environment, not because we like pessimism but because we like the prices it produces. It’s optimism that is the enemy of the rational buyer.”

Think of it this way – if all the restaurants in your community suddenly cut their prices by twenty percent, would you eat out more?

Of course you would!

Another man who understood business and stock market cycles was the late J. Paul Getty, one of the world’s first billionaires and, at one time, the richest man in the world, according to the Guinness Book of World Records.

In his book, How To Be Rich, he says, “I began buying stocks at the depths of the Depression. Prices were at their lowest, and there weren’t many stock buyers around. Most people with money to invest were unable to see the forest of potential profit for the multitudinous trees of their largely baseless fears. I had confidence in the future of the American economy and realized that shares of many entirely sound companies with fine potentials were selling at only a fraction of their true worth.”

He goes on to say that he made over 100 times his investment on many of these stocks, bought during the depths of the Great Depression!

The best time to buy stocks

He continues, “Common stocks should be purchased when their prices are low, not after they have risen to high levels during an upward bull-market spiral. Buy when everyone is selling and hold on until everyone else is buying – this is more than just a catch slogan. It is the very essence of successful investment.”

How did he have so much confidence that prices would go up?

Because as he explains, “History shows that the overall trend of stock prices – like the overall trend of living costs, wages and almost everything else – is up. Naturally there have been and always will be dips, slumps, recessions and even depressions, but these are invariably followed by recoveries which carry most stock prices to new highs. Assuming that a stock and the company behind it are sound, an investor can hardly lose if he buys shares at the bottom and holds them until the inevitable upward cycle gets under way.”

The worst time to sell

J. Paul Getty fully understood the turbulence we faced. While every stock market crash or bear market has its own unique features, they also have a lot in common.

Getty said, “The anatomy of a stock market boom-and-bust … is not too difficult to analyze. The seeds of any bust are inherent in any boom that outstrips the pace of whatever solid factors gave it its impetus in the first place.”

Getty offered advice to weather the storms. He said, “Another valuable investment secret is that the owners of sound securities should never panic and unload their holdings when prices skid. Countless individuals have panicked during slumps, selling out when their stocks fell a few points, only to find that before long the prices were once more rising.”

Think about the advice from these two great investors when you’re thinking of buying … or selling.

Hear today’s lesson and laugh on The Bigg Success Show

The Worst Addiction for Entrepreneurs

Track Your Time with this Popular Toy 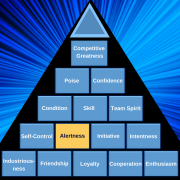 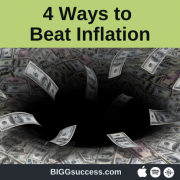 The Art of Knowing Yourself

You as Chief Investment Officer
Scroll to top