There are a lot of Christmas traditions. Have you ever wondered where they come from?

Mom had this old cardboard fireplace that we’d put up every year, even though the thing was practically falling apart. From the time my sister and I were little, to young adults, you always see pictures with that cardboard fireplace. It was a family tradition.

My mom made noodles every Christmas; I’ve never had noodles like my mom’s noodles. Except for my grandma’s noodles, which is how mom learned to make her noodles. I’m sure my great grandma made the same noodles.

Well, we were wondering about how these traditions get started. As we talked with Santa a few days ago, he told a story about the origin of one Christmas tradition.

One day long ago, as the North Pole prepared for the bigg Christmas Eve event, things weren’t going so well.

Four of Santa’s elves were sick. The trainee elves did their best, but they couldn’t make toys as fast as the regulars.

Santa began to feel the pressure as they got behind schedule and the deadline loomed ever larger.

Then Mrs. Claus told Santa that her mom was coming to visit. This stressed Santa even more.

Finally, the bigg day was here. Santa went out to harness the reindeer, but he found out that three of them were about to give birth and two had jumped the fence, no where to be found.

When he began to load the sleigh, one of the boards cracked and the toy bag fell to the ground and scattered the toys.

In his frustration, he accidentally dropped his cup full of hot chocolate and it broke into hundreds of little pieces all over the kitchen floor. He went to get the broom and found that mice had eaten the straw it was made from.

Just then the doorbell rang. When Santa opened the door, there was a little angel with a great big Christmas tree.

The angel said, very cheerfully, "Merry Christmas Santa. Isn't it just a lovely day? I have a beautiful tree for you. Where would you like me to stick it?"

Well, Santa did tell the angel where to stick it and that’s how the tradition of the little angel on top of the Christmas tree began!

Life Blend and a Weekend for Winners

How To Become A Millionaire

How to Stop Using a Crutch Word

5 Activities to Be Healthy Wealthy and Wise 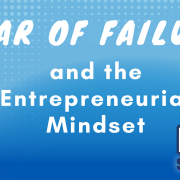 Fear of Failure and the Entrepreneurial Mindset