Gordon Brown, the British Prime Minister, recently showed his sense of humor before a meeting of the Council on Foreign Relations. He said that one of his predecessors gave him three envelopes when he took the office. He was to open the first when things got bad, the second when the situation got even worse, and the third if they ever got critical.

So a while back, he opened the first one. It said, “Blame your predecessor.” Obviously Tony Blair wasn’t the person who gave him these envelopes!

Before long, the situation worsened. So he opened the second envelope. It said, “Blame the statistics.”

Recently, as things continued to get worse, he finally succumbed and opened the third one. It said, “Start writing three envelopes to your successor.”

Fortunately, he was joking. But it raises a serious point – the way in which a lot of people respond in crisis. First, fix the blame. If that doesn’t work, run!

Bigg winners say blame, blame go away. They focus on fixing the problem, not the blame. So much energy is spent trying to find out who’s responsible. Leaders focus on what the problem is. Fix that. Then worry about who should be held accountable.

Also, when faced with a serious problem, bigg winners don’t worry about what happened yesterday. We get so focused on who did what to whom. Today is what matters. What are you doing today … right now … to find a solution to your problem? That solution lies in the present, not the past.

But finding a solution is just the beginning. Don’t stop there. You have to act to make your solution work – the sooner the better. But be prepared … you may not have found the right solution yet. That’s okay. Test your solution. See what happens. If it doesn’t work, test another one.

Which brings us to perhaps the most important thing bigg winners do when faced with a problem – they don’t ever give up. As long as you’re still trying, you’re not a failure. Press on! See that wall that lies before you? Climb over it, dig under it, go around it, or plow right through it!

We really appreciate that you took time out of your busy day to spend a few minutes with us. Join us next time when we discuss how to be a career renegade. Until then, here’s to your bigg success!

As He Retires, Brett Favre Teaches Us A Lesson On Peak Performance 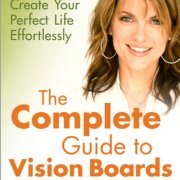 You’ve Heard of the Purple Cow, but Have You Seen The Purple Tree? 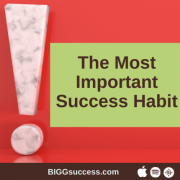 The Most Important Success Habit