There is a group of people that most people just don’t understand. They face the same problems we all face …

… but they just don’t get it. They don’t get how bad these problems are this time around.

When they listen to the news, it’s the same news we all hear.

But they just don’t get it … how bad the news really is.

They have the same concerns for themselves and their families that we all have. But there is one difference between this group and the majority of people …

They think their lives are going to get better this year! The future is bright. So bright, they probably wear shades! They think the economy will turn around.

And there’s a startling number of Americans who think this way. In fact, according to a recent survey, more than one-third of all Americans are in this group. And only one out of five people said they worry about the economy on a daily basis.

Are they tuning out?

Here’s what they may not be on … they may not be reading, watching, or listening to the news! Bad news does seem to be good news to the news media. We’ve spoken with a large number of people over the last month or so who say they’ve tuned out the news.

Sometimes that’s a good coping mechanism. If you’re tired of hearing gloom and doom, it might be more productive to focus on something more positive.

We put ourselves in this group of optimistic people. We think things will get better this year. That’s not to say we won’t still see some hiccups, but it appears that there is significant strength just below the surface.

While we face some major challenges right now, that spells opportunity for bigg goal-getters. But don’t expect to win a spelling bee if you spell it that way!

The article we mentioned earlier cites some of the benefits of being an optimist. On average, optimists get sick less, live longer, and appear to have a higher quality of life.

This is consistent with other research we’ve seen on the benefits of being an optimist. Seeing the glass half-full does seem to pay off. But while it’s important to look for the silver lining in any dark cloud, and we don’t think it pays to be pessimistic, we also think that we should be realistic.

We have to sort through all the information in front of us to try to determine what the objective reality is. To make sure that our perceptions aren’t creating a bias as we look at a particular situation.

Because we’re more likely to make mistakes if we’re overly optimistic. We’ll see opportunities that aren’t really there. And unfortunately, we must admit that we’re speaking from experience here.

But pessimists miss out on opportunities because they either don’t see it or they don’t act on what they see.

Bigg goal-getters are an optimistic group. While one-third of the people in this survey said they think things will get better this year, we bet that the overwhelming majority of our community would put themselves in that category.

And that’s a good thing … as long as we filter our optimism with a healthy dose of realism. Be positively real. That’s the recipe for bigg success!

Thanks so much for reading our post today. Join us next time when we discuss why you should stop trying to fit into the world. Until then, here’s to your bigg success!

The Trick to Keeping Customers

Why You Should Never Retire But Do It Soon 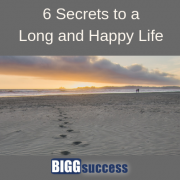 6 Secrets to a Long and Happy Life 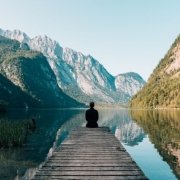 Increase Your Sales by Knowing the Answer to this Question

The Art of Delivering Value

Stop Trying to Fit into the World
Scroll to top