We have a friend who was recently let go from a company for whom he had worked for nearly twenty years. The entire conversation with his supervisor took less than a minute.

To clarify the situation, he was one of twenty or so people who lost his job that day at the local branch of a large company. This scenario was repeated over and over again at all the branches of that company as they responded to low earnings.

So here’s our first question:

Why do corporations treat humans inhumanely?

In most businesses, people are the most precious asset. So why do corporations act like they’re not. And let’s be clear here – corporations don’t do anything. They can’t. It’s humans who treat humans like this.

It’s the managers within those companies who are doing this. It’s probably their managers, or their manager’s manager, who insists that it be done.

Which leads to our next question:

Why do companies burn bridges?

We’re told from a young age that we shouldn’t burn bridges. We get upset when our employees fail to give us notice. We think we deserve that much respect.

Don’t our employees deserve respect too?

We also believe that you have to understand the bigg picture. These employees you’re letting go today may be your best candidates tomorrow – if you handle it properly.

Doesn’t an employee who’s been with a company for nearly twenty years deserve more than a minute from his manager when he gets laid off? We think so!

We think he deserved a conversation at least twenty times that long! How about a minute for every year he devoted? Is that asking too much? We don’t think so!

We think he deserved a complete explanation about what was going on and why his position was being eliminated.

We think he deserved to be reassured that he hadn’t done anything wrong.

We think he deserved to know if it was possible that his position would be available again if the company turned things around.

We think he deserved his manager’s best guess about the likelihood of that happening.

We think he deserved to know what resources were available to him to find another job or career, even if the company wasn’t willing to pay for it.

We think he deserved a written letter of recommendation that he could use to find that next position.

We think he deserved to be thanked for all that he had done.

We think he deserved to be treated like a human being!

We think managing is a tough job. But don’t make it tougher by treating people inhumanely and burning bridges. Give them the respect they deserve. Otherwise, you’ll lose more in the long run, as a manager and as a human being. Oh, and one more thing, your company will lose even more than you do.

What do you think? 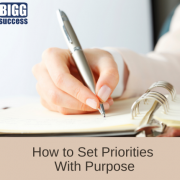 How to Set Priorities With Purpose

From Idea to Success

Brand Positioning: Why Should Your Business Exist? 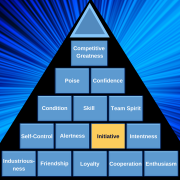 A View that Leads to Bigg Success
Scroll to top