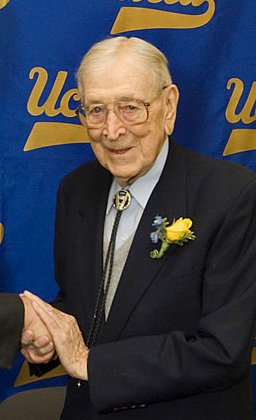 John Wooden passed away last Friday. We’ve never done a tribute post before but he was a rare treasure of a man.

And it has little to do with his incredible coaching accomplishments. ESPN named him the Coach of the Twentieth Century. We disagree – we think he’s the best coach ever!

It’s hard to argue against 88 consecutive wins (the longest winning streak in college basketball), 10 NCAA championships, including seven in a row (the all-time record), 38 consecutive NCAA tournament victories, and 4 full seasons where his teams finished undefeated.

But it’s what he did off the court that really made him stand out and will continue influencing people for generations. He had more influence on me than any other famous person. He’s the only person from whom I’ve ever asked for an autograph. It was such a thrill to meet him in person.

In our very first show, we discussed John Wooden’s definition of success. He said, “Success is peace of mind, which is a direct result of self-satisfaction in knowing you did your best to become the best that you’re capable of becoming.”

He taught peak performance better than anyone. John Wooden’s Pyramid of Success is an incredible tool to become a top performer in any field.

John Wooden’s challenge to all of us

John Wooden used his position as coach to be a coach to countless numbers of people. We count ourselves among them.

His challenge to all of us is to go beyond the role in which most people see us. We’re all coaches.

1. Entrepreneurs can make a significant difference in the lives of the people involved. Will you seize the opportunity to do more than just run a successful business?

2. Leaders can make a great impact on the lives of the people in their charge. Will you accept the challenge to build lives, not just an organization?

3. Teachers can help expand the minds of their students so they see the opportunities to change the world. Will you shape our future leaders, not just teach a subject?

4. Spouses can push each other to be their very best. They can encourage instead of criticize, embolden rather than dishearten. Will you be a dream maker instead of a dream taker?

5. Parents can expand the hearts and minds and souls of their children. They can help their kids see their full potential by living up to John Wooden’s definition of success. Will you be a protagonist, not just a parent?

6. You, no matter what your role or position, can make a difference in someone’s life today. Will you rise to the occasion?

John Wooden’s story in his own words

We’ll close today with a series of quotes from John Wooden himself. We’ve selected these quotes, as well as their order, carefully to weave them into a story.

We’ll provide no commentary. The quotes are so good, they speak for themselves! Here’s John Wooden … in his own words:

“A coach is someone who can give correction without causing resentment.”

“It’s not so important who starts the game but who finishes it.”

“Ability is a poor man’s wealth.”

“Ability may get you to the top, but it takes character to keep you there.”

“Talent is God given. Be humble. Fame is man-given. Be grateful. Conceit is self-given. Be careful.”

“Failure is not fatal, but failure to change might be.”

“I always tried to make clear that basketball is not the ultimate. It is of small importance in comparison to the total life we live. There is only one kind of life that truly wins, and that is the one that places faith in the hands of the Savior. Until that is done, we are on an aimless course that runs in circles and goes nowhere.”

“You can’t live a perfect day without doing something for someone who will never be able to repay you.”
Direct link to The Bigg Success Show audio file:
http://media.libsyn.com/media/biggsuccess/00594-060810.mp3 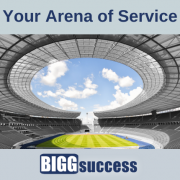 Your Arena of Service 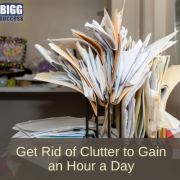 The Trick to Keeping Customers 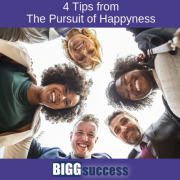 4 Tips from The Pursuit of Happyness 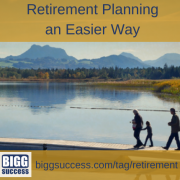 Beware of This Dangerous Disease