T.E. Lawrence, the man whose life was turned into the movie Lawrence of Arabia, said:

“All men dream: but not equally. Those who dream by night in the dusty recesses of their minds wake in the day to find that it was vanity: but the dreamers of the day are dangerous men, for they may act their dreams with open eyes, to make it possible.” ~ T.E. Lawrence

Do you dream by night or by day?

Everyone dreams by night. Some don’t remember it.

Some people dream by day. Those who reach BIGG success never forget it.

They are among those few people who understand the source of all great accomplishments:

An idea. A thought.

One of two three things will happen with this idea:

BIGG success is life on your own terms. The difference between a fantasy and a dream can be summed up in one term:

The idea turns into a clear picture of a destination. You know what you want to accomplish it.

You live it in your mind.

But that’s where it ends for most people. It’s just a fantasy.

You, because you’re a BIGG goal-getter, won’t stop there. You understand the importance of living it in your mind…first.

You won’t settle for just living it there. You’ll take action.

But not just any action. Action that will move you toward your dream.

And you will stop doing any action that won’t take you there. They are a waste of your time.

And time – one of the five elements of BIGG success – is your most precious resource.

When you take the right actions, you change your reality. Sure, you’ll face obstacles. You’ll need to be persistent.

As you overcome the challenges, your dream will turn into reality. You’ll live it the second time; this time in the real world you dreamed of creating. 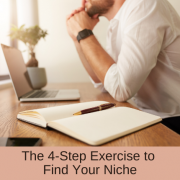 The 4-Step Exercise to Find Your Niche

How Opportunity Often Presents Itself 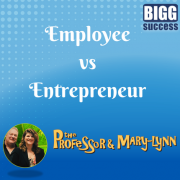 Employee vs Entrepreneur – Which is Riskier?

Work Life Balance Does Not Lead to Success

Taking Flight with Your Personal Brand

The Starting Point for a Better Life

An Inevitable Part of Your Journey to Success
Scroll to top