They sat at a table together, outside the coffee shop. She sat with her back to the window. He sat in the seat next to her, on one side of the table.

She loved this place, right in the center of the city. A circle led cars around a large monument to heroes of the past.

So many people. So much activity. She couldn’t take it all in. But she sure was going to try.

He surfed the internet. She sipped her coffee and looked around, waiting for a moment to talk to him.

The sun was setting. The sky was a beautiful combination of colors that no artist could ever quite capture.

He texted a friend. She took in the view, hoping to never forget it.

She noticed a horse-drawn carriage stop in front of the monument. A young man jumped out, turned to the carriage, and extended his hand to the young lady still on board. They walked hand in hand up the steps to the monument.

They stopped right in front of the monument. The young man stepped behind the young woman. He turned her around, her back now to the monument.

He dropped to one knee and pulled a small box out of his pocket. A huge smile formed on the young lady’s face. He stood up and they embraced excitedly.

They walked, arm in arm, toward the couple sitting at the table.

She smiled as they passed, thinking back to the days when her husband was more attentive.

He never looked up. He was too busy playing a game.

She saw them coming. She leaned forward in her chair, coffee cup in hand.

He was too involved in the game to see anything coming.

The cat ran under the table, exiting under his chair. The dog followed right behind. In full stride, the dog hit one of the legs of the table.

Coffee spilled all over her husband. He dropped his phone and jumped up. It looked like he had wet himself.

He went to clean himself up. She took a sip of coffee and went back to living in the moment. 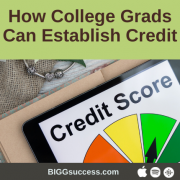 How College Graduates Can Establish Credit

How Opportunity Often Presents Itself

Entrepreneurs Must Be Crazy

Entrepreneurs and Squirrels Who Cross the Road
Scroll to top