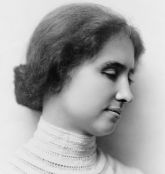 Helen Keller wrote a wonderful letter on optimism. We found it over on The American Foundation for the Blind site.

It’s a lengthy piece, but well worth the reading. In this post, we’ll share one particularly interesting passage.

FYI: We’re going to share more thoughts on this piece in an upcoming newsletter. Subscribe today and you’ll get it!

She talked about Dr. Samuel Gridley Howe, the founder of the prestigious Perkins School for the Blind, where Helen Keller was educated by Anne Sullivan.

She is discussing his work with Laura Bridgman. She was the first blind and deaf student in America to be educated in the English language, preceding Helen Keller by about fifty years.

With that background, here is Helen Keller in her own words:

“Dr. Howe found his way to Laura Bridgman’s soul because he began with the belief that he could reach it. English jurists had said that the deaf-blind were idiots in the eyes of the law. Behold what the optimist does. He converts a hard legal axiom; he looks behind the dull impassive clay and sees a human soul in bondage, and quietly, resolutely sets about its deliverance. His efforts are victorious. He creates intelligence out of idiocy and proves to the law that the deaf-blind man is a responsible being.”

She continues, “When [Howe] offered to teach the blind to read, he was met by a pessimism that laughed at his folly. Had he not believed that the soul of man is mightier than the ignorance that fetters it, had he not been an optimist, he would not have turned the fingers of the blind into new instruments.”

She closes this passage with a quote that really grabbed our attention:

“No pessimist ever discovered the secrets of the stars, or sailed to an uncharted land, or opened a new heaven to the human spirit.”

On the other hand, there is the optimist. She says:

“The optimist believes, attempts, achieves. He stands always in the sunlight. Some day the wonderful, the inexpressible, arrives and shines upon him, and he is there to welcome it. His soul meets his own and beats a glad march to every new discovery, every fresh victory over difficulties, every addition to human knowledge and happiness.”

Living in the Moment With an Angry Bird

Time is Money Yet Time is Not Money 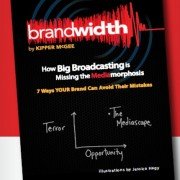 5 Lessons From a Kickoff Return for Your Business or Career