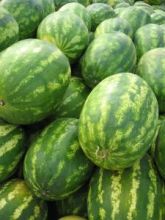 He repositioned his watermelon stand right by the streetcar stop. He barked out, “Bring a watermelon home! Surprise your family!”

He went on to start Dunkin’ Donuts, a chain that sells over $5 billion of food and coffee through its nearly 9,000 stores.

Creativity is a critical skill in the new economy. Persistence has always been crucial. Put the two ingredients together and you have the recipe for BIGG success.

We all know the old saying, “If at first you don’t succeed – try, try again.”

The first solution often seems obvious. However, what do you do when it doesn’t work?

You have to come up with a second solution. That’s harder to do.

You have to get more creative. And you can’t give up.

Source: Time to Make the Donuts by William Rosenberg

5 Myths About the Rich That Will Keep You Poor

63 Moves to Stop Living from Paycheck to Paycheck

Keep Your Career Options Open to Be a Success

10 Ways to Be More Confident
Scroll to top