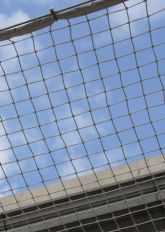 We saw a great post on BNET a while back. It was by Margaret Heffernan, author of a great book Women on Top. She talked about entrepreneurs and risk.

When writing her book, she conducted a study and found:

What is their secret?

She notes that “the most successful had taken huge risks.”

What did they have on the line?
Savings? Check.
Houses? Check.
Retirement accounts? Check.

Did they have a product? No.
Customers? No.

Most importantly, she points out that they had no safety net.

This reminds us of something one of our friends once told us.

He started out in the corporate world. He was receiving promotions and pay increases.

So his employer was disappointed when he told them he was going to leave to start his own business. They told him he could come back at any time.

That’s where the story gets interesting. He told us that whenever things got tough, he always remembered what they said.

And it almost kept him from succeeding!

So he mentally threw their offer away. He told himself he had no other options. He had to make it. He had to win. He had to be a BIGG success.

Now he’s a millionaire many times over, in part, because he wouldn’t turn back. He wouldn’t lose. Because he couldn’t afford to.

A safety net can keep you from reaching BIGG success. Do you have a safety net?

Business Owners Must Be Duplicitous

5 Ways to Start Your Own Business with Less Risk

Career Advancement: The Simplest Way to Fast-Track Your Career

How to Be Happy Today

Take a Wrong Turn to Find Your Purpose in Life

Why Talented People Often Fail to Be a Success

Be Lazy to Be a Success
Scroll to top