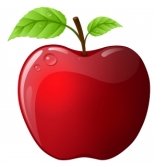 At one time, Adam and Eve wandered through the garden GOD had created for them. They used their own personal computers to understand the world around them.

Then one day, Eve tried an Apple. She loved it so much that she shared it with Adam.

Adam had always been a PC guy. But once he partook of this Apple, he was hooked too.

GOD saw what happened to Adam and Eve. HE told them about a wise man named Jobs.

HE said that Jobs had reached the heights of BIGG success, thanks to this Apple. But the Devil knew that Jobs was one of GOD’s favorites.

So he asked GOD to test Jobs. Jobs was forced to leave Apple behind. However, despite all the trials he faced, he stayed true to himself.

Eventually, the Devil gave up. Jobs got his Apple back.

In the meantime, Adam and Eve had two sons: Cain and Abel. Eve loved both of her sons.

She put their faces in a book. She called it Facebook.

Like many siblings, there was rivalry between the two boys. Cain would often poke Abel in Facebook.

GOD was displeased. HE punished Cain. HE deleted Cain’s place on Facebook.

As the years passed, GOD’s people multiplied. They came to be ruled Pharoah. Pharoah had no respect for this GOD.

GOD sent Moses to meet with Pharoah. Moses told Pharoah that GOD wanted HIS people to opt-out of Pharoah’s program. But Pharoah refused to allow it.

So GOD infected Pharoah’s computer with a virus. Once Pharoah saw this, he was very afraid. He let GOD’s people go.

GOD knew his people needed rules to live by. GOD wrote these rules on a Tablet.

GOD’s people ran into a giant named Goliath. Goliath terrified them. No one was brave enough to take him on.

Then David came along. He volunteered to go head-to-head with Goliath.

The people told the king about David. The king was a battle-hardened veteran.

He didn’t think David stood a chance. So he tried to arm him with the conventional weapons and armor of a warrior.

David rejected it all. He knew he couldn’t beat the giant with traditional methods.

He focused on what he knew. He used tools that allowed him to remain light and nimble.

He faced up to the giant. Goliath laughed when he saw this little guy.

But David quickly brought the giant down. The people were thrilled. They announced that David would be their king.

Of course, they did so in less than 140 characters!

What Do You Get When You Spell Desserts Backwards?

Why Your Partner Must be Two Faced

Behaviors that Cost You Money

Why You Should Mix Business with Pleasure

The Low Cost of Personal Freedom
Scroll to top