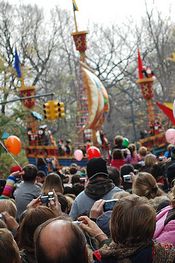 He started a store. It failed.

He started another one. It failed too.

He tried for the third time. No success.

The fourth time put him over the edge. He filed for bankruptcy protection.

Listen to this post! Click  a player to hear George & Mary-Lynn on The BIGG Success Show Podcast (Duration 3:09).

If his story ended there, we wouldn’t be talking about him today. He learned from all his failures. Then he tried for a fifth time.

Nobody cares about your failures once you are a BIGG success.

We also thought it was interesting that he opened his store way north of what was considered the retail district. If you want to be a BIGG success, find an un-served or under-served market.

Sometimes this means moving further from your competition – physically or in some other sense. In other cases, it means getting closer. For example, have you ever noticed that restaurants tend to cluster? They all attract customers to a specific area.

Outside the world of restaurants and retail, tech companies often cluster as well. Think Silicon Valley. The infrastructure is there. The people are there.

Now let’s talk about what inspired this post – the world renowned Macy’s Day Parade. The idea for this parade came from the employees.

Stay close to the front line to be a BIGG success as an entrepreneurial leader.

Many of Macy’s employees were recent immigrants. They were proud Americans but they missed some of the traditions and festivals of their homeland. So they decided to do a Thanksgiving parade to kickoff the Christmas season.

Over 250 thousand people showed up to watch it that first year. Of course, today more than 44 million people watch it on television every year.

It’s one of the best promotions anyone could ever imagine. And it reminds us all – do something BIGG if you want to get attention.

And don’t forget – this success story started with a parade of failures that led to one of the greatest parades of all. That’s BIGG success! 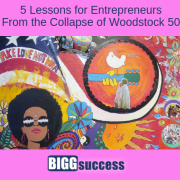 Does Playing Dumb Lead to Success as an Entrepreneur?

Stop Worrying and Be a Success 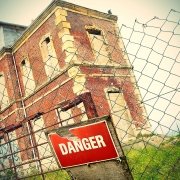 Behaviors that Cost You Money