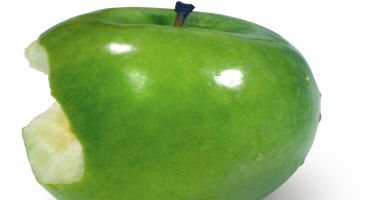 How can you take control of your personal finances?

Look for the low-hanging fruit!

Pick one of your biggest, optional expenses and take a bite out it. Let’s take eating out as an example.

You don’t need to eliminate it altogether. Just reduce the amount you spend a little bit…say ten percent.

Let’s say you eat out ten times a month. You go to really nice restaurants. You order either an appetizer or a dessert each time.

It doesn’t matter what you do. Just do something to start harvesting some extra money immediately.

So now you have picked some low-hanging fruit. What do you do with it?

This is really important because, if you let it sit around too long, it will spoil. It will be used for something that doesn’t advance you toward BIGG success.

So use the money you save in Step 1 to:

Start with the emergency fund so you’ll have the cash you need when reality bites. You won’t have to rely on a credit card or some special financing deal. How good will that feel?

Once you have six months in your emergency fund, you’re ready to start paying down your debt. Can you imagine not having any debt? Month by month, you’ll see it coming true.

When your debt is gone, use the extra money (and the money you’re saving from payments on debt that doesn’t exist anymore) to PREFUND future purchases. So instead of financing them, you’ll have the cash to pay for them on the spot!

Once you’ve fully digested the first bite we discussed in Step 1, repeat the process again. You may take another bite out of the same expense or pick another one.

Don’t fret about your money woes. Take action with these three simple steps! You’ll soon feel a sense of control over your personal finances. It leads to BIGG success!

Should You Buy A Franchise Or Go It Alone?

Les McKeown on The Synergist – Part 2

Are You a Good Listener?

Is Your Attitude About Money Keeping You From Getting More Money?
Scroll to top