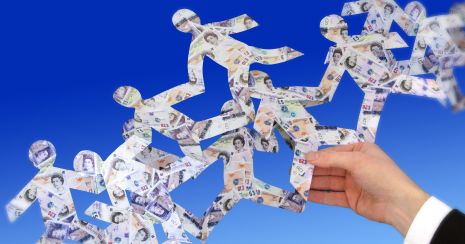 “The key to the game is capital reserves. If you don’t have enough, you can’t piss in the tall weeds with the big dogs.”

We hear it all the time – cash is king. But it’s not just cash that matters; it’s also access to capital.

So it’s crucial to manage your cash flow wisely. Make sure you’re getting a return on every dollar that goes out your door. Because…

Even if an outlay goes to your Income Statement as an expense,
it should still deliver a return to you or it’s not worth spending the money.

In addition, build up your reserve borrowing capacity. Protect your credit rating like you would any other asset. Then you’ll be able to take advantage of opportunities when they present themselves.

Watch your debt ratios so you could always tap into some money if need be. But also be aware that …

Money is less important today than ever before:

Technology is making it possible to do things that we couldn’t do in Gordon Gekko’s era. Open source software and the cloud are reducing the investments required.

However, the real power isn’t in the technology. It’s in the people behind it.

We’re not talking about the people who create it. Of course, they’re important too.

The real leverage today is not with money.
It’s with people deploying technology.

We can do together what we can’t do alone. We can do it better and faster.

More importantly, even the little guy can compete with the big dogs, as Gordon Gekko, calls them, like never before.

The key to the game is your network.

So instead of focusing on financial leverage, think about how you can leverage your network.

How has your network helped you? 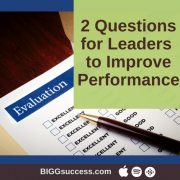 2 Questions for Leaders to Improve Performance

A Great Way to Track Your Goals

Decide What to Do Next 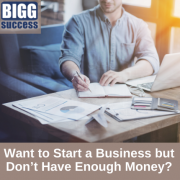 The Dogs of the Dow

How This Mom’s Mission Became a Booming Business

Are You Riding a Teeter Totter or a Tilt-A-Whirl Through Life?
Scroll to top