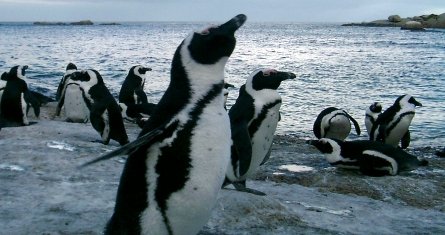 Lead by example is not a choice. George & Mary-Lynn tell you why on The BIGG Success Show Podcast. Press Play (Duration 4:28)

“Lead by example” is bad advice which leads to bad leadership. It implies a choice which doesn’t exist.

Yet if there were such a thing as “The 10 Commandments for Leaders,” one of them would surely be “Lead by example.”

We say it. But we’ve realized we failed to make note of this problem…

It implies that you have a choice as a leader. You don’t.

Here’s why it’s important to realize that you don’t have a choice – your people will follow your lead. You can’t expect them to do otherwise.

If you default to a bad example, your people will do likewise. Let’s look at three ways this shows itself in the workplace.

People are put off by people of privilege, people who act like there’s a different set of rules for them.

[George] I’ll never forget when I was in training for my first franchise. We learned about a store owner who went to the cash register every day, hit the “No Sale” button, grabbed some money and went to lunch.

He was surprised when one of his employees started doing the same thing!

“But I’m the owner! It’s my money. I’ve earned it.” This is what many entrepreneurs and business owners think.

Yes, you may be the owner, but there’s a way to take money out of your business and there’s a way not to. If you don’t want them to do it too, don’t do it yourself.

This is when the ripples start turning to tidal waves.

Can you see how serious this can get in an instant?

Can you see how costly it is to not understand that you can’t choose – you lead by example, for good or for bad?

The bottom line is a two-edged sword for leaders

If you’re all about money, your people will be about compensation.

The only loyalty they will have is to the person who pays them the most.

So set a good example and your people will follow. It leads to BIGG success!

Do you think we’re on the right track here?

Leap Ahead to Be a Success

Does Playing Dumb Lead to Success as an Entrepreneur?

25 Skills That Lead to Bigg Success

The Value of Bumps in the Road

Why Getting Banged Up is a Good Thing
Scroll to top