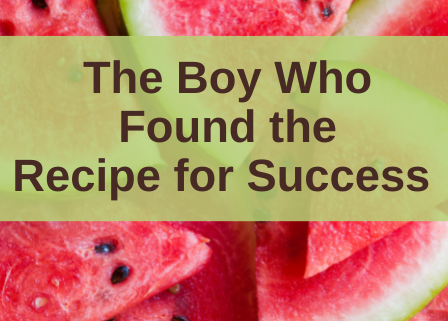 How do watermelons and donuts create a recipe for BIGG Success? Find out on this week’s BIGG Success podcast. Click the player to listen. Find the show notes below.

He re-positioned his watermelon stand right by the streetcar stop. He barked out, “Bring a watermelon home! Surprise your family!”

He went on to start Dunkin’ Donuts, a chain that sells over $1.3 billion of food and coffee in over 11,000 stores!

What lessons from Rosenburg’s success can we learn from and apply to our lives? Let’s go to The Professor’s Whiteboard for the recipe for success. 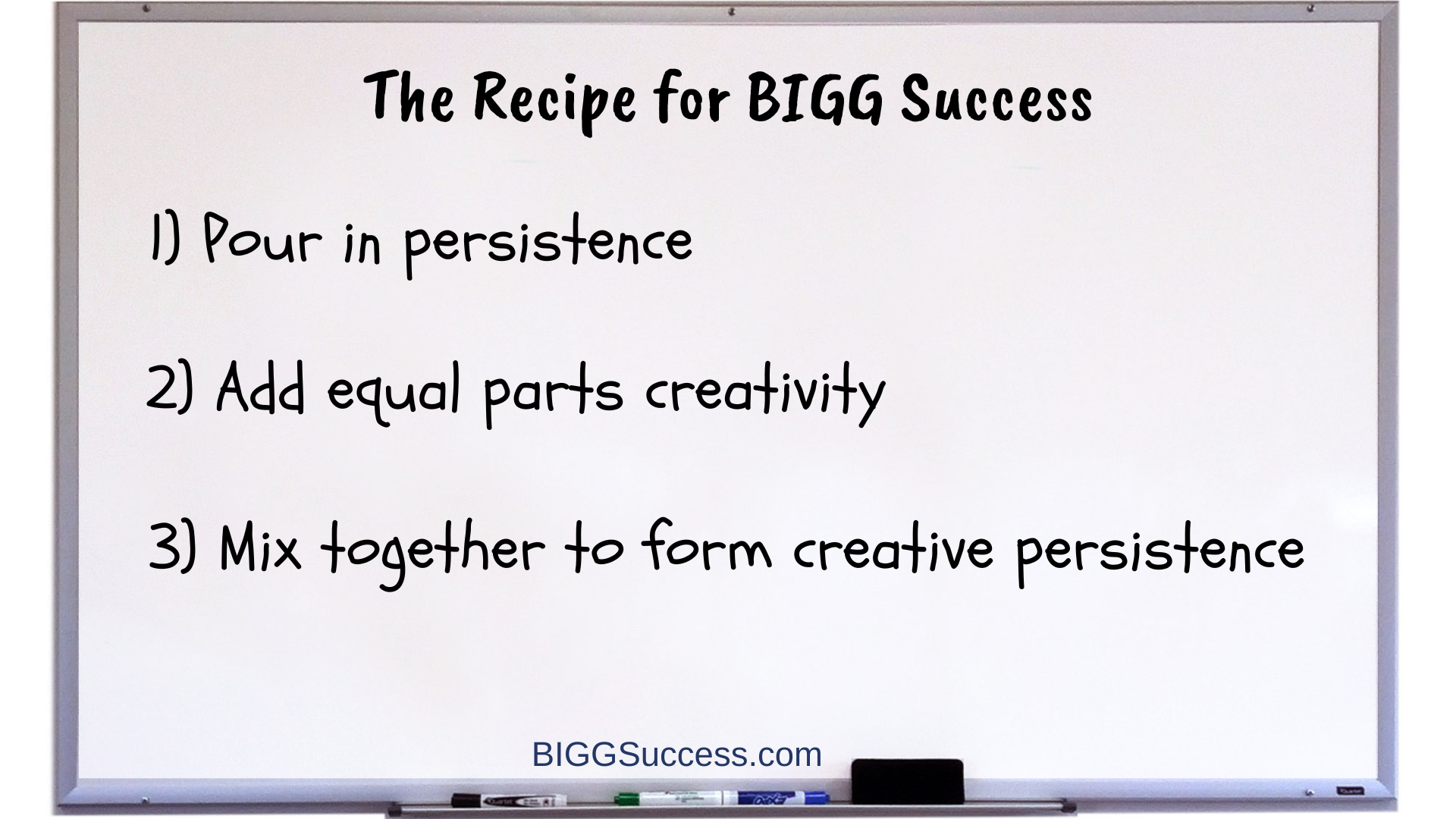 Let’s start with persistence. We all know the old saying, “If at first you don’t succeed – try, try again.” The first solution often seems obvious.

Can you see Bill’s dad pointing out the watermelons? Can you see Bill setting up a table right outside the store’s front door? It’s the path of least resistance. It’s not a bad location. It just wasn’t working on that particular day.

It’s a trap a lot of people fall into. They practice stubborn persistence. They keep trying the same, old thing – the same old solution – the same, old setup. But it rarely pays.

So what are you to do?

You have to come up with a second solution. That’s harder to do. You have to get more creative. You have to move your watermelon display to a higher traffic location.

3rd ingredient: Mix the two together to form creative persistence

This is the key ingredient in the recipe for success.

What if you add creativity and sales still lag? You can’t give up. But you can’t just keep on doing what isn’t working.
So, if you’re Bill, you try something different. You bark out a quick pitch. While the story doesn’t say so, we can imagine the first pitch Bill tried didn’t work. So he tried a fresh one. He tweaked until he found the right benefit.
And then it happened! BIGG success! He sold all his watermelons. He made his dad proud.

Creativity is more critical than ever in today’s rapidly changing world. Persistence has always been crucial. Put the two ingredients together and you have the recipe for BIGG success.

Today’s podcast episode brought to you by Rocketbook: Save time by digitizing your notes. 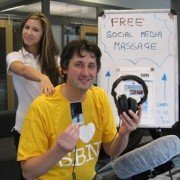 Social Media and a Massage with a Message 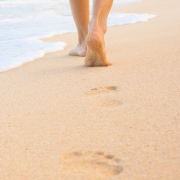 Be a Success in 5 Steps

5 Ways to Become a Better Leader 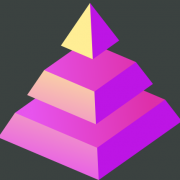 What Business Owners and Lady Gaga Have in Common

6 Steps to Go From Idea to Action
Scroll to top