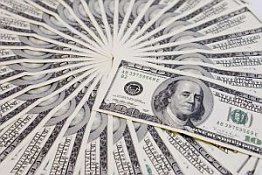 Usually it pays to have special insight into your market. However, sometimes insiders know too much. That’s when outsiders find opportunities because they’re looking at things with a fresh set of eyes.

Go!
John had a bigg idea. It turns out that it was a $3 billion idea! But it’s not the idea that made him the money. He had the courage of his convictions. He took action!

This is one of the hardest parts of success. You have to put yourself out there. You have to take risk. You’ll never get anywhere until you take a step.

Persist
John placed his bet … and he lost money! His advisors discouraged him from pressing on. They reminded him that experienced traders were still very enthusiastic about the market. John didn’t listen – he invested more!

Freedom Or Security – Which Do You Choose?