Malcolm Gladwell wrote a great article for The New Yorker a while ago. He talks about how David beats Goliath. It’s a great read full of stories about underdogs.

The main story is about a girl’s basketball team that made the national championships when they shouldn’t have won a game. The other stories – from David to Lawrence of Arabia – all support why these girls were able to achieve what they did.

He cites a study that showed that small armies beat superior opponents a little over one-fourth of the time (28.5%). However, when these underdogs ignored the conventions of war and fought on their own terms, they won nearly two-thirds of the time (63.6%)!

So you’re two times more likely to win if you set the rules of the game!

Bigg success is life on your own terms. So it turns out that it’s a circle. You set the terms (your strategy) so you get the terms you desire (your mission).

You are the entrepreneur of your life. You’re in charge. Set the terms for the battles you engage in so you’re more likely to win those battles.

Small businesses, the Davids of the business world, can trump the Goliaths. Not by trying to compete head on. Not by following the conventions.

By crafting strategies that may fly in the face of wisdom and engaging the Goliaths in unfamiliar ways, Davids can be victorious.

The price for bigg success

If you plan to go head-to-head with the Goliaths, there’s a price you must be willing to pay.

It takes effort. You have to be willing to work longer. You have to work harder. As Gladwell says, effort trumps ability.

He cites the girls’ basketball team. Their secret? A full court press. Not just when the game was in its final minutes like a lot of teams do. These girls used a full court press for the entire game.

It rattled their opponents who hadn’t practiced for a full court press. Their standard plays started at half court. By engaging their opponents on the whole court, these girls put them on unfamiliar turf.

There are many ways today for small businesses – even solopreneurs – to trump large competitors. In many cases, they don’t involve money. They involve time. But that’s okay because you know that effort trumps ability if you focus that effort on unconventional tactics.

That’s how to make your small business a bigg success!

Thank you so much for checking in with us today. Next time, we’ll chat about why women shouldn’t compete with men. Or is it the other way around? Please join us next time to find out. Until then, here’s to your bigg success! 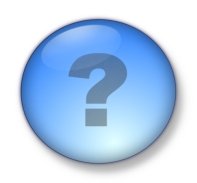 Listening is one of the most important skills we can have. Are you a good listener? The Listening Skills Test from the good people at Queendom will help you find out.

It will take you less than 10 minutes to answer the 54 questions. When you’re finished, you’ll get a brief report that rates your listening abilities. Click on this link to take the Listening Skills Test!

Judy Bardwick wrote an interesting book called One Foot Out the Door: How to Combat the Psychological Recession That is Hurting American Business. In her book, she claimed that as many as two-thirds of America’s workforce feel insecure about their future.

Ineffective leaders reinforce this feeling by scolding employees publicly while being stingy with praise. This results in their troops feeling unappreciated.

Effective leadership calls for the opposite approach.
Let your people know what you expect from them. Set high, yet achievable, goals. Let them know that you realize you’re asking a lot, but you have confidence in their ability to do it.

The reward for respect
Bardwick says that there’s a direct relationship between leaders who treat their employees like this and positive outcomes. People who are respected and trusted work more efficiently and effectively. They feel like they are part of something bigger. That they matter.

As a leader, letting your people know they matter matters a lot.

We save you time (BIGG time) by sorting through all of the success literature, both past and present, and provide you with the links to the very best articles, tips and tools for personal, professional and business success. Be the first to know when we post new articles by signing up for our free newsletter!