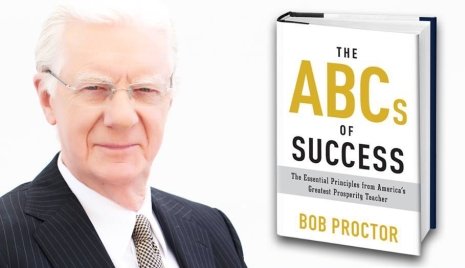 Listen to Bob Proctor talk with George & Mary-Lynn about his new book – a culmination of the things he’s studied and learned over the past 55 years that have helped him succeed BIGG, and can help you do the same. Click PLAY.

You’ve seen him in The Secret. You watched him on Larry King Live, Ellen DeGeneres, ABC Nightline and more. We were honored to chat with Bob Proctor on The BIGG Success Show today.

Bob’s one of the pioneers of personal development, a leading authority on the Law of Attraction, and America’s Prosperity Teacher.

He joined us to talk about his wonderful new book, The ABCs of Success, where he goes from A to Z in talking about 67 success factors. Here’s what we talked about:

END_OF_DOCUMENT_TOKEN_TO_BE_REPLACED 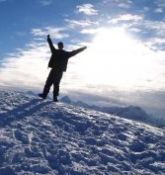 He has sold over 200 million books.

His books continue to sell, even though he has been gone over twenty years.

They have been translated into more than fifteen languages.

Eleven television specials have been based on his work.

So has a major motion picture. More are said to be coming.

He holds two Academy Awards, two Emmys, a Peabody, and the Pulitzer Prize.

Yet his path to fame and fortune was neither direct nor easy.

His father wanted him to be a college professor. But he was bored by the study. So he traveled instead.

He wanted to be a cartoonist. But he spent most of his time in the early years of his career creating promotional campaigns for Standard Oil.

He did this for fifteen years. But in his spare time, he continued developing his craft as a cartoonist.

He got published in The Saturday Evening Post and other magazines.

Then along came World War II. He was too old to serve, but he wanted to contribute.

He was able to get placed with the U.S. Army’s Signal Corp, led by Frank Capra. While there, he was introduced to animation and developed a series of humorous, animated films featuring a fictional trainee, Private Snafu.

He continued to contribute to magazines like Life and Vanity Fair.

Eventually, he was offered the opportunity to create the illustrations for a children’s book of sayings. This was his first foray into books for kids.

While the book was not a commercial success, he gained favorable press for his illustrations. So he decided to write and illustrate a children’s book of his own.

He was rejected 27 times!

But his persistence paid off. And to Think I Saw It on Mulberry Street was eventually published. It was a hit.

Theodor Seuss Geisel – or Dr. Seuss as we know him – went on to become one of the foremost authors of children’s books in history.

He reached BIGG success. You can too.

“You have brains in your head. You have feet in your shoes. You can steer yourself any direction you choose. You’re on your own. And you know what you know. And YOU are the one who’ll decide where to go.”

“Oh, the places you’ll go” on your way to BIGG success!

Source: All About Dr. Seuss 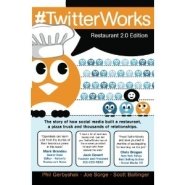 We continue our discussion with Phil Gerbyshak. He’s a speaker, coach and trainer to small-and-medium sized businesses who want to make it great in life and business. Phil’s also an author, recently publishing his second book, #Twitterworks.

In Part 1 of our interview Phil talks with us about the steps he took to leave the corporate world to live life on his own terms and start his own consulting business. Phil also shared some tips from his book #Twitterworks for small business on how to use Twitter to create brand awareness.

In Part 2 of our interview, Phil talks with us about:

We have one of our favorite people on the show with us today, Phil Gerbyshak. He’s a speaker, coach and trainer to small-and-medium sized businesses who want to make it great in life and business. Phil’s also an author, recently publishing his second book, #Twitterworks.

In Part 1 of our interview Phil talks with us about:

In Part 2, Phil will share how small businesses can use Twitter to help with customer retention. We’ll also ask Phil what he means when he says small businesses should focus on connections, not contacts. 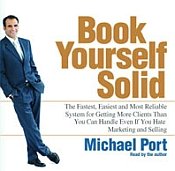 On the BIGG Success Show today, we continue our conversation with Michael Port. Michael is a coach, a speaker and a New York Times best-selling author of four books. He recently updated his first book – Book Yourself Solid. Now one of the best marketing books ever written is even better.

In Part 1 of our interview with Michael, he told us how to Book Yourself Solid with the kind of clients you want to serve, so you can live life on your own terms in business.

Listen to the podcast, the second half of our conversation to learn:

*How Michael’s “Red Velvet Rope Policy” helps you book the clients you want.

* Why he didn’t spell the “Think Big Manifesto” like this: “Think BIGG Manifesto.”

* Why Michael  encourages you to attend his free “Think Big Revolution” weekly conference calls. (We’ll be the featured guests on February 1st, so please join us).