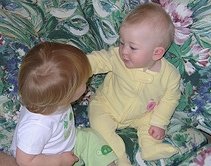 On The Bigg Success Show today, we were thrilled to chat with Josh Hinds. Josh is the author of Why Perfect Timing is a Myth: Tips for Staying Inspired and Motivated Day in and Day out. He is the master mind behind Get Motivation, Business Leadership Advice, Sales Training Advice, Goals Success, and Business Networking Advice. To date, he has interviewed over 100 leading online business people.

Here are the highlights of the conversation: (Or, just click the

button above to hear it)

George: Josh, with all you do, how do YOU have any time to network?

Josh: It’s so funny that you asked that because it’s just about having fun day-to-day and making it a regular part of your schedule.

A lot of being a great networker is doing things that will ingratiate us in other people’s minds. Look for ways to be helpful, to do cool things that they appreciate. Then you’ll create what I refer to as “positive mindshare.”

When somebody runs into somebody with a need, if you have positive mindshare with that person, you’re going to automatically come to mind. They’ll recommend you.

Josh: Absolutely. The only thing wrong with Mr. Covey’s statement is that I didn’t think of it!

Mary-Lynn: In your interviews, there seems to be three common themes. What are they?

George: We say you have to be just one step removed. If I know somebody who knows somebody, they can help me. But beyond that, there’s no connection.

Josh: That’s such a great example. Ultimately, you have to build some sort of rapport. I don’t want this to sound cruel, but every single day we have people asking for our help. It’s not that we don’t want to help everybody we can. It’s just that there isn’t enough to go around.

So the people we’re closest with get precedence. You need to pile on value so that when you have a need, they’re willing to help you if they’re able. So the second key is you have to be the person that people want to do business with.

It can take a little time. Perfect example – every day, I’m surfing the web and running across things that are interesting to me. Of course, I also know people who would be interested as well. So I’ll send that resource. That’s networking!

Now a lot of people don’t think it is. Because they have a narrow focus – here’s what I do, here’s my business card, slap your back, shake your hand, me … me … me.

Mary-Lynn: So it boils down to thinking about the person you’re networking with as a person, not just a connection.

George: So Josh, what’s the third key to effective networking?

Josh: We’ve touched on this – it’s building up value in the eyes of the people you meet. Say you have a professional relationship with someone who says, “Hey, here’s a referral.”

One approach would be to thank them, but also take the time to send a note to report back on what happened. They may not expect that. It will make you stand out as somebody who does a little more.

A good friend of mine, a fellow by the name of Bob Burg, just co-authored a book called The Go-Giver. It’s fantastic and it gets on that topic.

Mary-Lynn: We’ll have to look that up!

Josh: I’d love to connect you to him.

Josh: That’s the thing. And the important lesson is that it wasn’t premeditated. We were just having a conversation. If something comes out of it … wonderful. It’s not a forced thing. It’s just a fun process.

George: That’s why we say — think of it as netplaying, not networking.

Mary-Lynn: Yes … you hate that you didn’t think of it, right?

Thanks so much, Josh for sharing your time and wisdom with all of us!

Our bigg quote today comes from Chuck Brodsky, who said,

“We are each other’s angels; we meet when it is time.”

Since we don’t know when it’s time, you have to network all the time.

Next time, we’ll discuss 7 things you must learn in college that college won’t teach you. Until then, here’s to your bigg success!