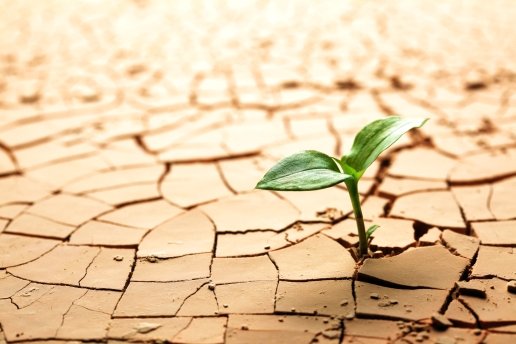 Bloggers from all over the world wide web are discussing poverty today in the hopes that conversation for a cause will lead to a cure. We’ll share how $70,000 had an impact on drought and hunger.

We remembered an inspiring Wall Street Journal article [pdf] written by Roger Thurow. It highlights how seemingly small things can make a bigg difference in the developing world. We love success stories and this one is awesome!

The Ohio farmers decided to send money, rather than food, so the farmers in Kenya could decide how to use it best. They spent the money to build a number of small dams and retention ponds to catch water in the rainy season so they would have water year-round. With that water, five thousand families have been delivered from hunger.

Here’s an example of the impact made by just one project. The farmers in Ohio sent $3,000 to the farmers in Kenya, who hired an engineer. With the plan in hand, the Kenyan farmers built the dam with their own labor and materials.

Now their village has water – for themselves, for their cattle, and for growing crops. The women of the village used to walk about ten miles to get water. Now their time is being used much more productively.

With the water problem solved, the village switched its focus to better roads. These roads are the link to nearby markets where the farmers can sell their surplus produce. But they had deep ruts which made them nearly impassable.

It used to take two hours to get to the market by bike, which is the main form of transportation there. Bikes cost $6 to rent. With the improved roads, it only takes a half-an-hour now to get into town and bike rents have fallen to $3.

Talk about win / win! The farmers are paying 50% less to rent a bike. But the person who rents the bikes is making 100% more, because the bikes get returned so quickly. Everybody wins!

The article also highlights one Kenyan farmer. With the water nearby thanks to the dam, he was able to dig his own water retention pond, which he uses to irrigate his crops. His income has grown from less than $100 a year to $500 per year!

Now he’s plowing his extra profits back into his business. He bought a generator and mechanical pump to double his cultivated land. He also planted 400 mango trees.

Entrepreneurship at its finest!

All of these wonderful things started with the vision of one man – the pastor in the village. Originally, he reached out for food from the large international agencies. But he feared that his people would become dependent.

So he formed a development group that created a list of needs – water was number one on the list. He sent that list to a number of organizations, including the Foods Resource Bank. They got the farmers in Ohio involved.

We found this story so inspiring because it shows that a small amount of money with a large amount of focus can accomplish bigg things.

We liked how farmers here supported farmers there. We can all use our passion, knowledge, and skills to help people like us in other parts of the world.

It also shows the resourcefulness of people. Get resources to people on the scene. They will find a way to overcome their biggest obstacles with their ingenuity and industriousness. The accomplishments can be phenomenal!

You, too, can make a difference. Donate money or make microloans to people in need with good ideas. Reach out to organizations that have the infrastructure in place to help people in need.

It only takes one person. Each of us can make a bigg difference in helping other people around the world be a bigg success.

Next time, we’ll talk with a man who left a high-paying job with a prestigious law firm to do his own thing. Until then, here’s to your bigg success!