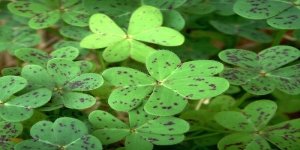 Then he did it all over again. He’s timed his activities so he buys when the market is low, and sells when it’s high.

So is he lucky or smart?

He says, “It’s better to be lucky than smart.”

3 lessons about luck and intelligence

#1 – You have to be smart in order to do well.
When you first look into a subject, it often appears rather simple. Then as you dig deeper, you start to see all the complexity. As you wade through it, you begin reducing it to its essence and you start to see it as simple again.

You go from simple with no complexity to simple with a full understanding of the complexity. That’s how you know you’ve mastered something. Our friend has mastered the craft of buying and selling businesses.

#2 – You have to remain humble.
You have to recognize that you’re not in control of everything. Luck enters the picture to some degree. The opposite of that is arrogance. Some people don’t realize, or won’t admit, that luck is involved.

They get cocky. They think the rules don’t apply to them. Things come easy for them so they think they will always come easy. They don’t have to “waste” time doing menial activities – the things that made them successful in the first place. The next thing you know, they face an unlucky turn of events!

We have another friend who says,

So is it better to be lucky or smart? We think you’re lucky to be smart – smart enough to know that luck plays into it, too!

Instead of our usual bigg quote, we’ll do an Irish toast instead:

May you have all the happiness
and luck that life can hold—
And at the end of all your rainbows
may you find a pot of gold.

And hopefully, it’s not fool’s good!

In our next blog, we’ll discuss nine presentation tips to make you a star! Until then, here’s to your bigg success!

Does It Pay To Be Smart? 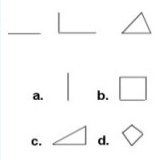 We couldn’t resist testing our luck with St. Patrick’s Day upon us. Here’s a great nine-question quiz from the good people at Blogthings that takes less than a minute.

When you’re done, you’ll know how much you believe in luck for your ultimate outcome in life.We found some of the questions thought-provoking because the answer we liked best was “both of the above”.

So because the quiz is so short, we went back and changed the answer to a few questions so we could compare the results.

It’s amazing what a difference that made! Check it out for yourself!

How Well Do You Manage Your Time?

Do You Set Your Goals Too High?

Don’t Put Off Taking This Test

Are You A Savvy Spender?