That won’t work, according to Roger Martin, dean of the Rotman School of Management at the University of Toronto and author of The Opposable Mind: How Successful Leaders Win Through Integrative Thinking.

Instead, you should learn how great leaders THINK and apply that to your situation.

He wrote this fantastic book to demonstrate just that – how to think.

Integrative thinking, as he describes it, is the ability to hold two or more diametrically opposed ideas in your mind at the same time. That’s the first part.

Then, you must resist the urge to simply choose one or the other. Seek a third alternative, which is likely a synthesis of the two opposing ideas. That third idea is most likely a much better solution than either of the other two!

It’s a whole book on “win – win”, as Stephen Covey described it in The 7 Habits of Highly Effective People.

This book also shows why it’s more dangerous than ever to surround yourself with “yes” men or women. The best solution is usually something that hasn’t yet been spoken. You need independent thinkers around you to find it.

Successful leaders integrate both mastery and originality. They learn from existing models, but believe they can find a better one. They embrace complexity, an important mindset in today’s business world.

In a world where the only certainty is uncertainty, this book provides the framework for effective decision-making. That’s why we put it on our list of must-reads.

Want to be a Millionaire? Here’s How to Think Like One

Do Nothing to Be a Success Faster

Network Your Way to the Movers and Shakers 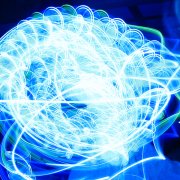 Are Entrepreneurs Born or Made

One More Thing to Add to Your Schedule

Putting The Thanks In Thanksgiving

Escape From Your Dead-End Job