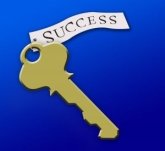 BIGG success is life on your own terms. So let’s talk about two terms that can be used to describe someone – assertive and asshole.

You may be way ahead of us on this one. We had never noticed it until recently. They both start with the same three letters.

Which raised several questions in our minds:
How similar are they?
Is it just a matter of degree?
Is there a fine line between the two?

The answer is a resounding no! These two terms are not part of a continuum; they are separate lines. They are diametrically opposed.

Let’s look at seven differences between being assertive and being an asshole.

It’s this last one that we found striking. When you look up the antonyms of assertive, you see terms like weak, wishy-washy, and mild.

But it’s the last antonym that really struck a chord – mild. We’ll translate that as shy.

Assholes may not be shy, but a shy person may get labeled as an asshole! Shyness is often misinterpreted as another unfavorable term – stuck up.

So know what you stand for. Know where you want to go. And don’t be afraid to ask people for help. Only strong people behave this way. Assertiveness is a key to BIGG success!

Has assertiveness helped you?

Does This Date Work For You?

Stop Trying to Fit into the World

Leaders Must Control This Emotion

Get a Vision for Life 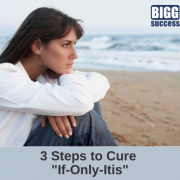 Get More Information in Less Time

10 Signs You Do NOT Need a Coach

A Key for Success in Business
Scroll to top