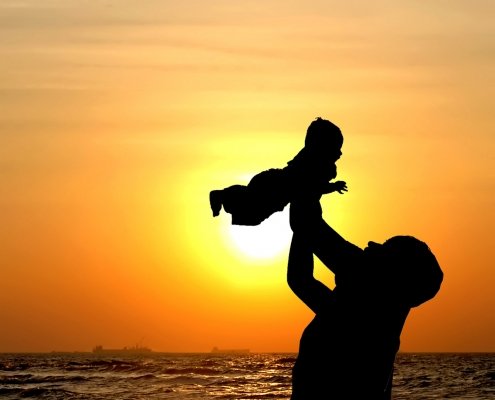 Dad’s love for my mom.
Toward the end of her life, mom was very sick. Dad would go to work, drive to the hospital (which was about 45 minutes away) to be with mom after work, and then go home and get ready to go back to work. Dad was always there for mom.

Dad gives respects and gets it in return.
Before he retired, he worked for the Department of Corrections, as a prison guard and then a Captain. Dad was respected by his co-workers. He was also respected by the prisoners. When there was an issue with an inmate, dad was often the one who they called in to calm things down.

Dad encouraged me, but let me make my own mistakes.
I remember one time I was hanging out with a crowd that wasn’t exactly a group of high-achievers. I finally realized that I needed to move on from this group. I discussed it with my dad, who told me he was proud of my decision. Then he said,

“You can’t fly like an eagle if you hang with turkeys.”

Dad’s love of family time.
I remember sitting in the living room with dad. The rest of the family was dispersed throughout their house. I can still see dad sitting in his recliner with that “cat that got the mouse grin on his face.” He said, “I just love it when the whole family is together.”

Dad’s pride in his workmanship.
My dad was a bricklayer. I worked for him when I was in high school. By noon one day, we were almost finished with one particular job. He decided to break for lunch. When we came back, dad spotted a brick that he said was “upside down.” It was the second brick he had laid that morning. Dad ripped them all out and started over.

Dad gave everything he had to everything he did.
He expected the same from me. One day, he was pitching the baseball to me. He got frustrated because I wasn’t hitting the ball like he knew I could.

Well, on his next pitch, I did just that. The ball rocketed right back at him, hit him on his shin, and knocked his feet right out from under him.

As he got up, he looked at me and said, “Now, that’s what I’m talking about.”

George’s unforgettable breakfast with his dad
One Monday morning, I walked into my office at about 7:30. We were coming off our busiest month of the year. I had been away from the office a lot and was excited about getting caught up in the office.

Within a few minutes, my dad dropped by and said that he had a meeting at 9 and wondered if I’d like to grab some breakfast before then.

I told him I had so much work to catch up on … that I better pass. He said, “Okay.” and asked if he could use my copier. I said, “Sure” and started working, but this little voice in my head said,

“Why in the world can’t you take the time to go have breakfast with your dad?”

So I went up and said, “Hey, dad, I will take you up on that breakfast offer.” That made him happy. We went out to breakfast and I don’t remember another thing about it.

But that was the last time I saw my dad before he passed away. I’m so glad that I took the opportunity that was made available to me.

So tell us … what do you admire about your dad? Share your dadmiration by leaving a Comment below. 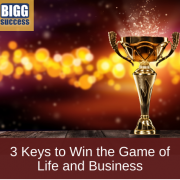 3 Keys to Win the Game of Life and Business 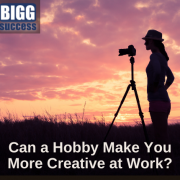 Can a Hobby Make You More Creative at Work?