As if there’s not enough to do this time of year, we put a lot of pressure on ourselves, not only to find the perfect gift, but also to make sure it’s wrapped just right.

A lot of people laugh at using the comic section as wrapping paper, but I just love that idea!

My secret … I only buy from stores that gift-wrap. I know they’ll make it look a lot better than I could!

And think about it – where does the wrapping paper end up anyway?

We think everything needs to be perfect or we’ll disappoint people. But will we?

We found a true story of a little girl who felt that same pressure. She was a third-grader in rural Central Kentucky. This story was originally published on Christmas Day of 1987. It happened the week before. The teacher told the story with the understanding that her name, the name of the school, and the name of the student would not be revealed.

The classroom was full of excitement as the teacher opened her gifts. She thanked each student by name as she admired their exquisitely wrapped presents. One of the students mentioned that someone was crying in the cloakroom.

The teacher went to the cloakroom and discovered a girl holding a gift. She asked, “Don't you want to give me your gift?"

The child was sobbing as she said, “Mine's not pretty."

"Well, now, why don't you let me be the judge of that," the teacher responded.

The little girl, still crying, handed her teacher the present, which was wrapped in pink wallpaper. Instead of ribbon, there were flowers.

As she looked at the present, the teacher was so touched that she began to cry. This little girl had tried so hard to make her present pretty. But after she saw her classmates’ gifts, she was too ashamed to put it under the tree with theirs.

A few days before, the class went to a local nursing home with presents for the residents. The teacher recalled that the little girl’s gift was a bar of motel soap, wrapped in notebook paper. On it was written, “To a friend with love”.

The teacher realized that day how special this little girl was. She came from a very poor family, but she had so much to give. For instance, she saw a woman sitting alone crying. The little girl left her group to visit with the woman.

“It doesn’t matter what’s in a package,” the teacher said. “All I ask of you for Christmas is your love, and you’ve already given me that. So if you didn’t give me anything else, that would be enough.”

At that moment, the little girl grabbed the teacher around the neck, gave her a big hug, and cried and cried.

The teacher pulled the pink wallpaper off the gift. She found a box that had originally held Lipton tea bags. She opened the box to discover a small blue towel, which was wrapped around two little glass votive cups – complete with dust around the candles. The child had brought these candles from home.

“I thought you would like these,” the little girl said. “Mama wrapped them up in the towel to keep them from breaking."

As the teacher fought the tears forming in her eyes, she thanked the child and told her that this was the perfect gift. A little girl, who had no money to buy a gift, and no wrapping paper or ribbon, had reminded her once again that a gift of love is the best present of all, no matter how it’s wrapped.

We thank you for reading our post today. Join us next time when we’ll find out how the angel ended up on top of the tree. Until then, here’s to your bigg success!

Is This a Raw Deal or a Recipe for Success?

3 Things to Do Today to Be a Success 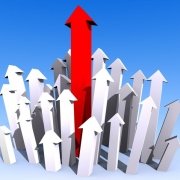 10 Ways to Be More Confident