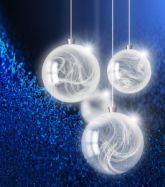 Once upon a time – long, long ago – an alien elder sent her protégé to Planet Earth. His mission – to observe the most advanced creatures on this strange planet.

Listen to this post! Click a player to hear George & Mary-Lynn (and the aliens) on The BIGG Success Show Podcast. (Duration 2:58)

He arrived toward the end of the winter. It was cold. The land seemed barren. And he was struck by this white substance that fell from the sky to create a blanket on the land.

Winter soon gave way to spring and the protégé basked in the warmth of the sun. He was struck by how the ground turned from brown to green. And suddenly, all the plants seemed to be encompassed by this strange green foliage.

As was his mission, he continued watching the humans, as he had come to learn they were called. He dictated detailed notes each day back to his home planet.

Spring gave way to summer and the heat. Oh, he almost couldn’t bare it.

And then fall came. He was awestruck at the changing colors and the leaves falling from the trees.

Then came winter. The white stuff fell. It was cold.

But soon, he felt the warmth of the humans’ hearts. It was the most wonderful time of the year, he heard them say.

And they were right – there was something special about this season.

His stay ended about a month later. He was beamed back to his home planet.

The alien elder asked, “What did you learn, my protégé?”

“I learned that these humans are strange creatures indeed. They really behave differently one time a year. They are friendlier. They are more compassionate. It’s how we always treat each other.”

“Why do you think that we are able to carry this spirit through the whole year and they are not?”

“Are we smarter?” the protégé asked.

“Do we have bigger hearts?”

“No, we both have the same capacity to care.”

“Our planet only has two rules. You know them. What is the first?”

“Love the Supreme Being with all your heart.”

“You are correct, young lad. This is important because it helps us realize there is something or someone greater than ourselves. We are reminded of our place in the universe. And the second rule?”

“Love everyone, including yourself.”

“It seems so simple. Shouldn’t there be more rules?”

“Ah, it is simple but it is not easy. You see, the earthlings are governed by the same two rules. But they like to make it complicated.”

Two rules. That’s all it takes to be a BIGG success!

Entrepreneurs are Like Magicians Only It is No Trick

4 Keys to the Life of Your Dreams

Put Your Inbox on Steroids

3 Simple Tips for Making New Year Resolutions You Can Keep