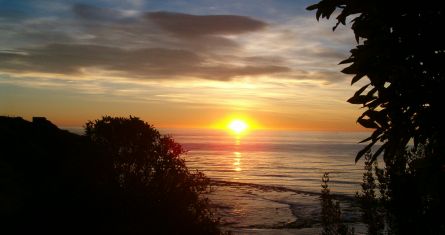 When it comes to money, people have traditionally fallen into two camps:

[Mary-Lynn] We split right down the middle on that one – I’m all about financial security.

But here’s something we’ve noticed:

In today’s financial climate, you have to go for
financial freedom if you want financial security.

Here’s what led us to this conclusion:

3 Reasons Why Financial Freedom is the New Financial Security

We ran some calculations. We THOUGHT we’d prove that the people who stayed the course after the stock market crash of 2008 were doing just fine.

But we were wrong!

We assumed people started investing a set amount each year, starting at the age of 25. Then we looked at their returns at the close of last year.

We found that people who stayed the course did better than those who got out. However, the results are different for different generations.

People who are now 60 plus are doing okay on their portfolios. But people between the ages of 31 and 59 are underperforming traditional expectations of stock market returns.

So these people may need to be careful using old models of financial planning.

(This is a good place to interject something you’ll often hear us say – you should talk with your own advisors about your specific situation.)

We saw an interesting article on the U.S. News and World Report site called 10 Reasons to Worry About Your Retirement.

They list a number of things which are in your control. But what really caught our attention is that…

Only 18% of Americans plan to retire
with over a million dollars in assets.

Which essentially means – most Americans are largely counting on Social Security as their primary source of financial security.

BIGG Success is the place for BIGG goal-getters. We know you’re part of the elite group wanting financial freedom – which we’ll define as a nest-egg greater than a million dollars.

We caught an interview with Jack Bogle on CNBC. He’s the founder of Vanguard, one of the best mutual fund families. He says to…

“Prepare for at least two declines of 25-30 percent,
maybe even 50 percent, in the coming decade.”

The Dow fell about 54% between October 2007 and March 2009. So we’re talking about history repeating itself here if Bogle turns out to be right.

Invest in assets you can control

So the question is: What can you do about it?

How can you put yourself on the path to financial freedom – the new financial security? The answer is…

Invest in assets you can control.

Of course, you can’t control everything that happens. But for example – when you own your own business, you can create a cash flow which far exceeds anything you will get from owning stocks.

But don’t jump in with both feet – if you have a job, try to find a way to start part-time. Or tweak your business model so it requires less capital.

Contrary to what you often hear, you don’t have to take a lot of risk today to make a lot of money.

In fact, that’s one of the secrets of entrepreneurs – they’re not risk lovers. They’re great risk managers.

That’s the key – focus on making your downside acceptable so you can move forward with no fear. It leads to BIGG success.

We talk more about this in our Special Report – DECIDE! 5 Keys to Know What to Do Next. Simply sign up below to get FREE instant access!

The Best Investment You Can Make Now

Decide What to Do Next

Why Customer Acquisition is Dangerous
Scroll to top