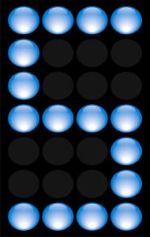 In case you missed The BIGG Success Show on Tuesday, we talked about this being the fifth anniversary of BIGG success. We officially turned five on November 12.

[George] It made me think about some of the best advice I was ever given. I heard it years ago from a very successful painting contractor in our area. I mean, this guy charged the highest prices and still had the most volume.

[Mary-Lynn] I’ve heard this story a number of times. You were in the early years of your carpet cleaning business, George.

[George] Right. And the painting contractor said that – for five years – he sat around just hoping that his phone would ring. At five-years plus a day, it started ringing and never stopped!

[Mary-Lynn] I’ll point out that this was pre-internet as we know it today. But here’s the point we’re trying to make – if you’re in business, you’re being watched.

People – more specifically your future customers – have their eyes on you.

They want to see if you will make it. They don’t want to go to the trouble of starting up with a company that doesn’t make it.

We hear a lot of talk about scale. But longevity is at least as important.

You have to find a way – or more precisely ways – to stick it out. You have to persevere.

You have to show the market that you can survive before you thrive. But once they’re convinced, they’ll start beating a path to your door…or should we say website these days!

Five years is the magical amount of time to be in your own small business. So keep pushing! It will lead you to BIGG success!