When you meet someone for the first time, the hardest part is usually just getting the conversation started. But sometimes it’s also hard to keep it going.

We did some research and found a lot of articles on the internet about starting a conversation, but few about keeping it going. We also found that many suggestions for conversation starters would probably be better conversation “continuers”.

So we thought we’d focus on that part of the conversation today.

With some people, it’s tough to keep the conversation going. They may be extremely shy or you might just not “click” with them. In those cases, you may just have to resign yourself that it’s not going to happen and move on.

6 ways to keep the conversation going

One simple way to keep a conversation going is to ask questions. Don’t get too personal. Keep it light-hearted. Also, don’t fire them off so rapidly that the other person starts to feel like they’re being interrogated. We use this one a lot, particularly early in a conversation. But here are six of our favorites ways to keep it going:

#2 – Offer up some interesting trivia.
Just don’t go Cliff Claven on them! If you’ve heard something that intrigued you, and it’s germane to the conversation, share it!

#3 – “If you could trade places with one celebrity, who would it be?”
Variations could be favorite actor, or you could limit it to favorite living actor, etc.

#4 – “If you could do college all over again, what would you get your degree in?”
This question also has many interesting variations. For example, you could ask them what’s the one class they would like to take now.

#5 – “What are you working on that’s fun?”
We heard this one from our friend Chris Brogan. It makes “What do you do?” seem boring, doesn’t it. We loved this question the first time we heard it.

#6 – Create a game.
We like to come up with a word of the night or phrase of the day. It’s an interesting word that naturally came up in the conversation. Ideally, it’s a word or phrase with a double meaning of some sort. Then see how many times it can be worked into the discussion.

What’s your favorite way to keep a conversation going?

Mingle Bells: Networking tips for your next party 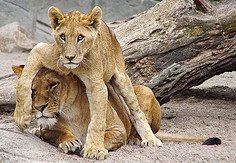 37 Mingle Bells: Networking tips for your next party.]

47 Network Your Way To Your Next Job ] 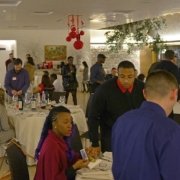 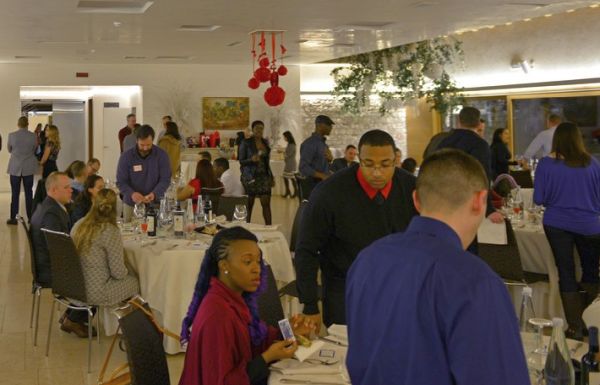 ‘Tis the season for gatherings! It’s a great opportunity to reconnect with people, and make new connections. In today’s show, you’ll learn four tips to mingle and network your way through your holiday parties.