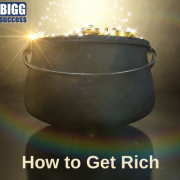 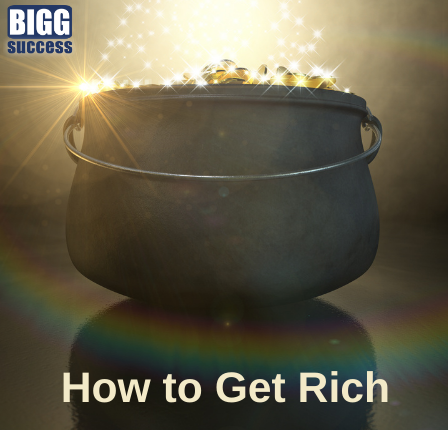 END_OF_DOCUMENT_TOKEN_TO_BE_REPLACED

What is the key to being a BIGG success in your life, your career, and your business today?

At SOBCon, we heard a presentation by Tim Sanders, author of Love is the Killer App and its wonderful prequel, Today We Are Rich. During his presentation, he revealed the first key to a much brighter future:

He said, “The future belongs to the learning, not the learned.”

A diploma isn’t the end of your education. It’s the beginning.

Neither is certification in your industry. That’s why many professionals are required to earn continuing education credits.

But learning isn’t enough. It just sets you up for BIGG success.

So we’ll turn to another great quote for the second key. It comes from the wonderful book, Success through a Positive Mental Attitude by Napoleon Hill and W. Clement Stone, two of the patriarchs of success literature. They said:

We live and learn, but do we apply it?

The value of knowledge isn’t in the knowledge itself. It’s what you gain from using that knowledge that matters.

So make time for learning. But think before you learn. Ask yourself an incredibly important question:

Are you going to apply it? If not, don’t waste your time.

The power in learning comes from living it.

Until next time, here’s to your BIGG success!

Successful people are a diverse group. Some are outgoing while others are extroverts. You have creative types and analytical people. They do however share a few commonalities.

One of those was displayed by Thomas Edison. The great inventor obtained over 1,000 patents in his lifetime. But did you know that it took Edison about 10,000 tries to finally invent the light bulb? If at first you don’t succeed, try 10,000 times again!

The one must-have ingredient to succeed is persistence!

History is ripe with example of people whose greatest success came after their biggest failure. So today we’ll discuss three persistence principles – things you can do to keep on keeping on.

#1 – Believe in yourself and your idea.
You need to almost be stubborn about it. Have faith – not a blind faith, but a “calculated faith”. We often think of “calculated risk” – this is similar. You have insight that others may not.

You’ve done your research. You may have a unique perspective based on your education and experiences. You have confidence in your plan. Trust your instincts and push on!

#2 – Keep your spirit up.
There are a number of ways to do this; find those that work for you. You may read success stories. Or keep your batteries charged by hanging out with positive people. Get a good night’s sleep … or take a nap. Get some exercise. Whatever it is, plan some time daily to keep your flame burning so you can keep pushing, no matter what obstacles come your way!

#3 – Welcome failure.
Imagine if Edison had quit after two tries, or 5,000 … or just one time short of his great invention? Learn to recognize failure for what it is – progress toward success.

Take the example of great sales people. The numbers are different for different industries, but think of this example – a sales person knows that he has to make ten calls to get two appointments. He has to have two appointments to make a sale. He fails ninety percent of the time. But here’s what he knows …

Here’s a story that illustrates the importance of persistence. It comes from Think and Grow Rich, the great book by Napoleon Hill.

During the days of the gold rush, a young man went west to find his fortune. He staked a claim and went to work. A few weeks later, after much work with no reward, he discovered gold!

He quickly raised the money to buy the equipment he needed to mine the gold. He started drilling, but then the vein disappeared. He kept drilling, but to no avail. In desperation, he quit and went home a poor man.

Some time later, it was discovered that he had stopped just three short feet of one of the richest deposits of gold in the United States.

Our Bigg Quote today is by the great author and speaker Brian Tracy:

“Remember you only have to succeed the last time.”

Here are two things to add to your list of things that are certain –
(1) you will face obstacles on the way to success, and
(2) you will succeed bigg if you persist.

Next time, with all this talk of persisting, we thought we’d throw a curve ball your way – we’re going to talk about when to quit. What are the signs that it’s time to move on?