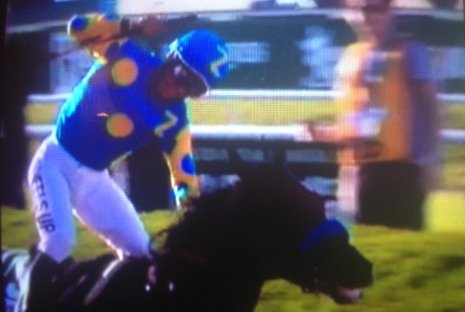 How exciting it was to see American Pharoah win the Triple Crown, ending a 36-year drought (the Triple Crown of horse racing consists of the Kentucky Derby, Preakness Stakes and Belmont Stakes). Jockey Victor Espinoza sealed his place in history.

The roar of the crowd.

The sweet taste of victory.

All of a sudden, you’re everyone’s best friend.

Everybody loves a winner.

But this jockey knows about the other side of the coin. This was his third attempt at the Triple Crown. He lost the previous two times.

END_OF_DOCUMENT_TOKEN_TO_BE_REPLACED 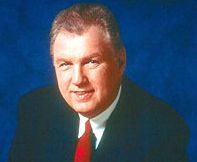 The King of Television

Your life has almost certainly been touched by Roger King.

Roger King passed away recently, leaving a legacy of entrepreneurship and salesmanship. He, and his brother Michael, turned a fledgling family business into a dominant force in television.

Cynthia Littleton, a friend of the family and writer for Variety, has two posts you should check out for all the details of this magnificent man. Here are the links:

Here are lessons you can learn from Roger King:

Roger King saw his opportunity when the federal government changed the rules on television programming. That change opened the door for Roger to work with local affiliates of the major networks.

When you see change occurring, ask yourself where the opportunity is. You may create your own dynasty!

Roger delivered what he promised. The general managers of local television stations knew he was with them for the long haul. So when he presented something out-of-the-ordinary, they went along because they trusted him.

The biggest asset you’ll ever have, other than yourself, is your relationships with people. Work daily to develop and maintain them.

Roger and Michael were one step away from going bust after their main distributor severed ties with them. King World was still a small company. Nobody had heard of them.

Roger began calling Merv Griffin, the creator of Wheel of Fortune, to take the show to the evening air waves. He didn’t give up, and Merv eventually gave in. The rest is history.

When you run into a wall, get over it, under it, around it, or through it. Don’t get discouraged – that’s a key trait of the most successful people.

Oprah gives Roger credit for taking her nationwide. But it wasn’t easy – especially in the south. As an example, Roger loved telling a story about one station manager who said that he could put a potato in a chair and pull better ratings.

We know who got the last laugh! As the years passed, stations like these came pleading for Oprah’s show. Roger sold them the rights – but at a premium!