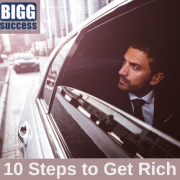 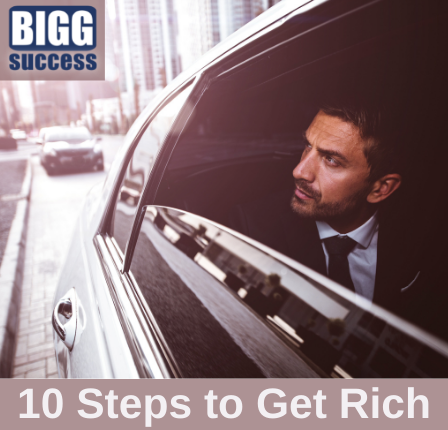 We summarize a post written by Robert Kiyosaki, that shares shares 10 steps to get rich.

Click the player to listen to this episode of The BIGG Success Show Podcast, where you’ll hear The Professor shares his expertise with perspective as both a business owner, and an educator on entrepreneurship. Below is a summary of the discussion.

The amazing Robert Kiyosaki, author of the #1 New York Times best seller Rich Dad, Poor Dad. And he has a simple message:

We found a great post by Kiyosaki over at our friend Josh Hinds’ Get Motivation blog. It’s lengthy, but well worth the read.

We’ve provided a summary here for your convenience. Let’s go to The Professor’s Whiteboard for Kyosaki’s 10 steps to get rich.

END_OF_DOCUMENT_TOKEN_TO_BE_REPLACED

We all know a lot about Henry Ford. But the two of us didn’t know much about Herbert Casson until recently. Now we have a growing fascination.

Casson began his career as a minister and ended it as an author. He was a Methodist turned socialist turned capitalist. He was one of the people featured in the book, 50 Key Figures in Management.

A capitalist with a better way to get rich

It was what he said about Henry Ford that caught our attention. Here are a few excerpts, written as a contemporary of Ford’s:

“Judging by results, Henry Ford is the most successful manufacturer in the world. He pays the highest wages. He makes the highest profits. He sells the cheapest goods.

Henry Ford is a complete answer to the silly Marxian theory that a capitalist can only make money by robbing his employees or the public.

Henry Ford robs nobody. He is not an exploiter of the proletariat.

He is a multi-millionaire, and every penny of his money is clean.

His enormous profits are only a part of what he saves the public; and he pays his workers far more than they could make if they were on their own.

Henry Ford is a capitalist, and he shows all capitalists a better way of getting rich.

After telling the story of Ford’s fascinating journey from farmer to entrepreneur, Casson continued:

“We may scoff at him if we like—if we are foolish enough; but it seems to me that he is the one who has the joke on the rest of us.

Henry Ford knows how. He has solved his business problems. He has shown us the one right way to handle men and produce goods and make profits without making enemies.

It would be better for all of us if we STUDIED Ford more and scoffed at him less. The more I find out about him the more I am impressed with his ability and his sense.

What the world needs is more Henry Fords; that is the truth, whether we like it or not.

If we had 1,000 Fords, we would have high wages, high profits, low prices and no labor troubles. We would have peace and prosperity.”

Ford and his employees

He goes on to discuss how Ford treated his employees:

Take, for instance, Ford’s methods as an EMPLOYER. In this respect he is most peculiar. He has followed a most unusual course, and he has made a great success of it.

The fact is, that Henry Ford seems to regard himself as a LABOR LEADER rather than an employer.

He gives his men MORE than they ask.

He gives them better working conditions than they had ever thought of.

He watches over them and protects them.

He has made his men the best-paid and most contented workers the world has ever seen.

He was one of the few leaders to hire convicts and people with disabilities. He treated all of his employees like people. Casson concludes:

“He has stopped the war between the workers and the management. He has established peace and goodwill.

He has shown every other employer what can be done.”

Entrepreneurial CEOs today can learn a lot from Ford. You can have it all. It just takes some ingenuity which begins with a mutual trust between you and your people. To paraphrase Ford, your people might become good customers, too…if you treat them well.

Source: Tips on Leadership or the Life Stories of Twenty Five Leaders

This book was written by Casson in 1929 and republished in 2003. We found it riveting so we highly recommend it to you.