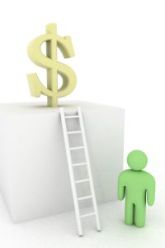 We watched Arthur a couple of weeks ago – the latest version. The fabulously rich-by-birthright Arthur (Russell Brand) falls in love with Naomi (Greta Gerwig), the working-class girl.

If you’re a regular reader, you may have figured out by now that we’re always on. We’re always thinking about ideas to share with you.

One of the most interesting moments in the movie to us was toward the end. Arthur and Naomi were split up.

But, in spite of himself, Arthur had been good for Naomi just as she was good for him. He encouraged her to pursue her dream of publishing a children’s book.

She did. And it got published.

She was elated until she found out that the publisher had been purchased by Arthur’s family business. He was the force behind her success.

When she learned this, she ran away. Arthur chased after her. Once he caught her, he told her that he thought she was talented.

She said, “I thought other people thought I was talented. I thought I had earned it. And that felt really good. I like earning something. And I know that you don’t know what that feels like, but it’s great. You should try it sometime.”

There is a certain void that comes with money not earned. It’s part of what was missing in Arthur’s life.

It’s part of what’s missing in our society today. Too many people think money is the end.

Money may be the desired result. But it’s empty in and of itself.

Sure, it’s fun to spend it. But the glee is fleeting.

Money attached to accomplishment brings a sense of fulfillment. In the end, the dignity is in the work. The money is just a report card.

You can be rich without earning your money but you won’t feel rich for long. 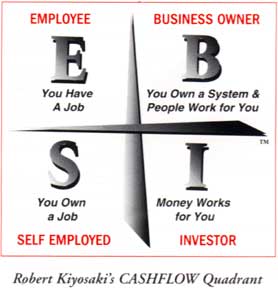 He’s the amazing Robert Kiyosaki, author of the #1 New York Times best seller Rich Dad, Poor Dad. And he has a simple message:

We found a great post by Robert Kiyosaki over at our friend Josh Hinds’ Get Motivation blog. It’s lengthy, but well worth the read.

We’ve provided a summary here for your convenience. Here they are – Robert Kiyosaki’s 10 Steps to Getting Rich:

END_OF_DOCUMENT_TOKEN_TO_BE_REPLACED 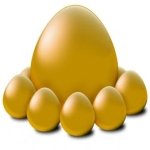 The Federal Reserve recently published some new wealth data [PDF]. They looked at levels of net worth and the income associated with each. They defined net worth as total assets (including a primary residence) minus any money owed.

So those are your targets if life on your own terms means being in the top 10% or above.

This report also looked at share of total wealth. As it turns out, the richest of the rich – the top 1% – didn’t get richer. They still held approximately one-third of the country’s total wealth in 2007, the same as 1995.

The wealthiest people in our country saw a bigg increase in share of income, but their share of net worth didn’t go up. Does that mean rich people got caught up in the “spend, spend, spend” economy? Possibly.

We often think, “If I could just make a little more money.” This study offers further proof that making more doesn’t necessarily translate into having more – even for the richest among us!

Make do, then make more

The crucial thing – the starting point – is to figure out how to make do with what we already have. Then when we make more, we’ll have more because we manage it all better.

We can enjoy some of it now and invest the rest for our future – for the life we dream of living.

How the rich make money

As might be expected, the average person gets most of their income from salaries and wages. As we move to the top 5%, we see that a larger share of income comes from business ownership and investment real estate.

It really kicks in for the top 1%. Plus they have built up enough assets to get a significant boost from selling those assets for a profit. It’s Economics 101 – buy low and sell high.

But it’s no panacea

We’ve recently seen people losing money in business and real estate. Like most things, it’s no panacea. It’s risky. But if you aren’t trying to get rich quick, you can greatly improve your odds.

We also found it revealing that this study showed that the bottom 50% lost money holding assets and from the ownership of businesses and real estate.

The rich made a lot. The bottom half lost money. What do the rich know?

Before you jump into investing in a business or real estate, educate yourself. Get advice from someone who’s actually succeeded at it. If they’ll mentor you, that’s great. If they charge you for it, it will be worth every penny.

You’ll get where you want to be faster by learning from people who have done it rather than trying to learn it on your own.

So if life on your own terms means building wealth, get started creating multiple streams of income today – even if it’s just part-time!

Please join us next time when we ask, “Are you talking to the right person?”

Start a Franchise or Business to Create Passive Income

This is our twist on the old saying, “Beauty is in the eye of the beholder.” Many people are enduring a rough holiday season. We may not be spending as much as we normally would. We see that as a bad thing. We don’t want to disappoint our kids.

Sometimes we forget how much we already have. As we get older, we put expectations on ourselves and judge ourselves based on what we have and the gifts we can give.

We develop our point-of-view from our experiences. Obviously, we want to learn from them, but we need to be careful not to take away the wrong lessons. So this holiday season, try looking at the world through the eyes of a child again. Look at things as if you were seeing them for the first time. Be innocent again.

We want to share a touching story comparing how we perceive things as adults to how we might see them through the eyes of a child. A rich dad wants to show his daughter how less fortunate people live. So he took his daughter out to the country, where they spent a couple of days and nights on a farm with a family most people considered very poor. Here’s the conversation as they drove back to the city …

How was the trip?

It was great, Dad.

Did you see how poor people live?

So, tell me, what did you learn?

As you might imagine, the girl’s father was speechless. He thought he would teach his daughter a lesson … it turns out that it was he who needed to learn one.

We really appreciate you checking in on us today. Join us next time when we talk about the best present of all. Until then, here’s to your bigg success!

How to Feel Rich Today

Where Are You If You Ain’t Where You Are

Back To The Future: Visualizing The Life You Want (Part 1)

(Images of dad and daughter in today's post by stockbroke)

With tax day upon us here in the United States, a lot of people will get a refund soon. So today, we’ll discuss how to turn that refund into riches.

That’s a nice down payment on a plasma TV!

That’s what a lot of people do – spend their refunds on things that won’t be worth much in a few years.

Instead of that, you could save and invest it. But isn’t that’s boring?

Boring can be exciting when your money starts to compound!

Now is that boring?

Age makes a difference. Take the previous example for a 35-year old. Your nest egg is still significant – it’s over $281,000. But by waiting just ten years to start, it will be less than half as much!

2 ways it can be even better

#1 – Quit loaning the government money at 0%.
That’s what you’re doing when you get a refund – you’re getting your money back, but you don’t earn any interest on it while they hold it. So redo your W-4 so you only withhold what you expect to owe.

Then you won’t get a refund, but you’ll have more money in every paycheck. But here’s the key:

You have to be disciplined enough to invest that money!

Let’s say you do that – Invest your refund check this year, adjust your W-4, and then invest the extra money that shows up in your paycheck. You’re that 25-year old we talked about earlier. Only now …

Doesn’t that open your eyes about the “cost” of a refund?

#5 – He insists on filling out your return using only Roman Numerals.

#4 – He offers to help you boost your deductions by renting you his wife and kids.

#3 – He spends most of your consultation looking nervous and asking if you're wearing a wire.

#2 – He does all his calculations on an Etch-a-Sketch.

Our bigg quote today is a Proverb.

“Money grows on the tree of patience.”

Next time, we’ll discuss why being imperfect is perfect. Until then, here’s to your bigg success!

Review: The Richest Man In Babylon

The Illusion Of Wealth